Baikal seals, also called Nerpa, are known for their yellowish-gray color and their ability among their species to give birth to twins. They can be found in freshwater, mostly in the isolated Lake Baikal in Russia, where they get their name. There are also populations of Baikal seals in East Asia.

Recently,  this rare kind of flipper-footed mammal went viral online after Toba Aquarium, a Japan-based marine-theme aquarium, posted a short video of a two-month-old Baikal seal, which they have adoringly named “Nico”.

The Internet was quick to be captivated by the baby seal’s adorable face, which resembles a human face. It is said that Nico’s mother also has human-like facial features, although hers resemble more of the “uncle” look.

Twitter is abuzz with giddy comments about baby Nico and his smile: 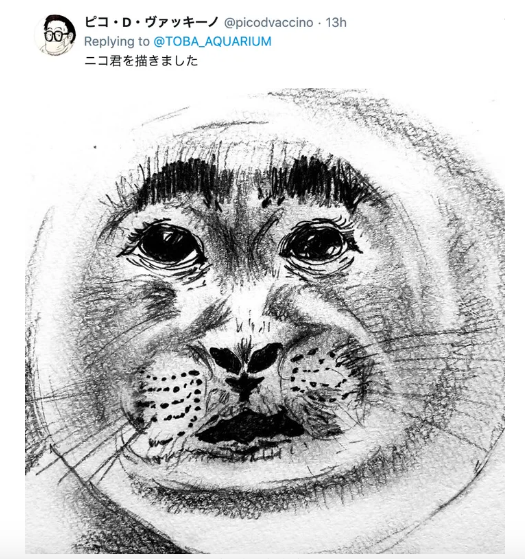 ‘Nico’ (or Niko ニコ) also translates to smile in the Japanese language, which seems appropriate for the smiley pup. /VT

An unidentified man mercilessly shoots a nesting swan in the head