Many countries in the world are now under quarantine–a safety measure that forbids the public to leave their houses without the proper permits and notices. Because of this, a lot of people have chosen to entertain themselves using the apps on their mobile phones.

In fact, this behavior has become so prevalent now that  Asurion, a global technology solutions company, shared that Americans use their handheld devices at an average of  80 to 300 times a day (five times an hour or once every 12 minutes), especially so when they’re on vacation.

How does technology affect human behavior?

Every notification and update of smartphones have the ability to shape and influence human behavior–often referred to as the “behavioral design”.

In an interview with Business Insider, software developer Peter Mezyk explained that the success of an app is measured by how it changes the users’ everyday habits. It is deemed successful when the person dedicates multiple hours, days, and even months time using it.

“The reason some apps are addictive is that most companies first ask themselves how they can make money with them — but ethical app development focuses on the user,” Mezyk tells the news outlet.

Developers of social media platforms like Facebook and Instagram are “satisfied” as many users open the app every day. These tech giants even gain more advertising revenue as people spend more time and attention to their software creations.

Mezyk also revealed that an app can be categorized as a supplement and a painkiller. The supplement aspect of it refers to its design to “solve specific problems, streamline things, and make our lives easier”. Basically, they provide the information we need instantly.

Painkiller apps, on the other hand, are those that can manipulate emotions and leave you attached or glued to the program. This emotional attachment often happens when a person is feeling bored or lonely. Business Insider shared that critics even claimed that social media apps are designed to make users addicted–letting behavioral design take place.

How to lessen this addiction?

Facebook and Instagram apps have provided an option where you can set a daily limit of usage as well as monitor closely how much time you’ve spent using these apps.

Moreover, tech experts strongly suggest that you balance your life–creating a phone setup that doesn’t necessarily disconnect you to the online world.  Some ways of doing this can include setting your phone on Do Not Disturb mode or filtering the calls and texts you receive.

If you have a habit of checking your phone too often, you can download apps (Forest app, Flipd) that are helpful to reduce distractions and screen dependency.

Online users show off their creativity with ‘pillow and bedsheet couture’

‘I Need More Beer’: 93-year-old woman holding a sign to ask for beer is our new internet grandma 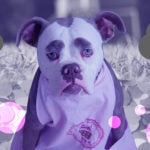 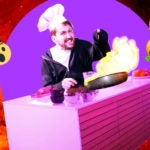