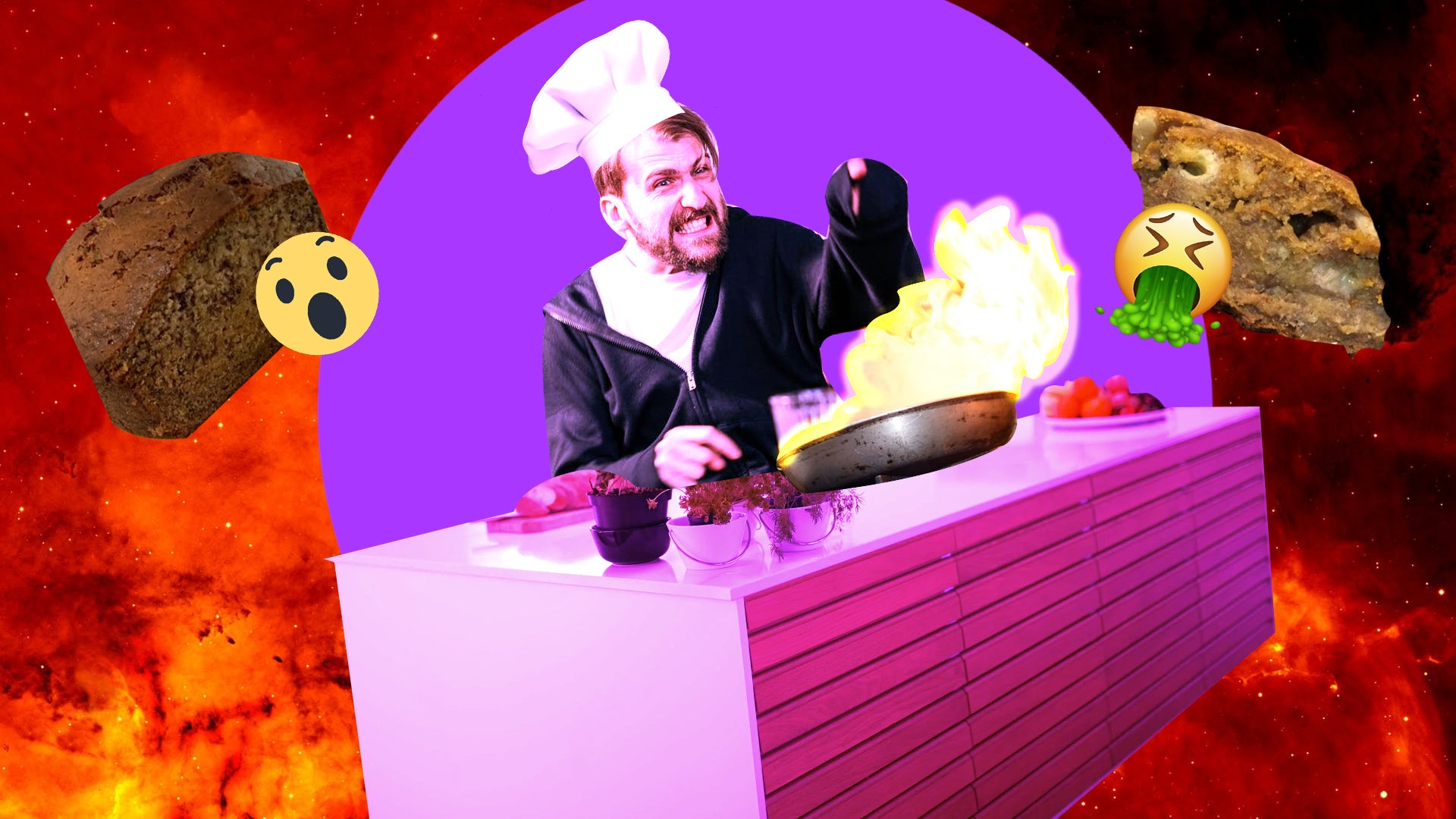 While our frontliners strive to win this fight against the new coronavirus, our duty is to stay home and practice social distancing. With that said, more people are coming up with out-of-the-box ideas just to break the monotony of quarantine life—whether it’s participating in online fads or learning a new hobby.

Speaking of which, Libyan-American writer Hend Amry decided to take the isolation period as an opportunity to brush up her baking skills. However, the result can be identified as an accurate example of “expectations vs. reality.”

Amry took to Twitter to express her frustration over a failed banana bread baking attempt. She even called it “the world’s most failed banana bread” because it looks like “wet play dough but banana flavored.” (Her words are too graphic, we can already imagine how it tastes and looks like without even seeing it in real life.)

i've just made, what might possibly be, the world's most failed banana bread. if i had feral goats living in my backyard, i would hesitate to feed it to them.

i will not be taking any questions at this time. thank you for respecting my privacy.

So for your reference, we have a side-by-side picture of what Amry was aiming for versus the actual outcome. 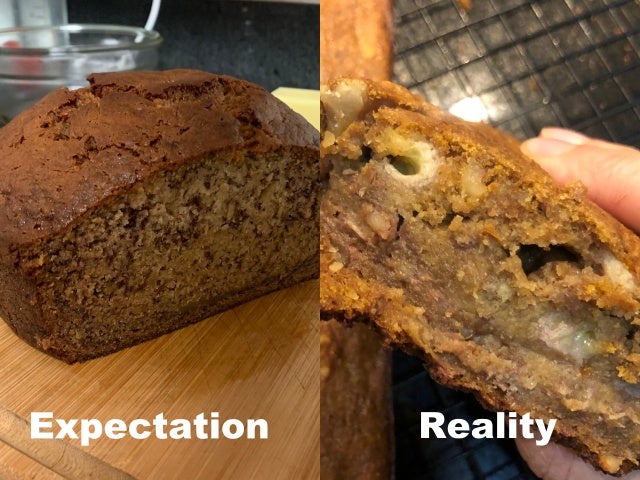 It looks rather chewy, right?

After the tweet was posted, which racked up 1,300 retweets and 24,000 likes, Twitter users also shared pictures of their failed pastry recipes—and seriously though, their experiences are quite entertaining.

Hello. You may win most-failed banana bread, but I am champion of most-failed normal bread. I give you this: pic.twitter.com/X6OLr9DAF8

As failed as my bunnies? pic.twitter.com/I3U0XSGMBe

my mom had us decorate easter cookies last night and was NOT impressed when my cookie that started out as stonehenge turned into a sacrificial circle upon finding the mutated jellybean pic.twitter.com/MlLypQaBPW

This was supposed to be a nice, neat, braided circle of chocolate, caramel, and banana filled chocolate yeast bread, but the strands all burst and it ended up looking like a pan of Sasquatch feces. Tasted ok, though 😀 pic.twitter.com/gRv9PmyUjn

Is this a brick or a bread? We will never know

Hey there, let me direct you to my TWO failed attempts at banana bread the other week. The first, one of my colleagues thought I had made a steak bake, the other turned into a brick… pic.twitter.com/9NcigifMlr

Lastly, this cake that requires you to dig dipper to see the actual cake

Here’s #MyShame — luckily my niece is one and couldn’t tell the difference. Recurring nightmares are not confirmed, but expected. pic.twitter.com/k53cSYxdED

Upon seeing other people’s failed attempts, Amry replied with “Thank you for this. Misery truly does love company.” 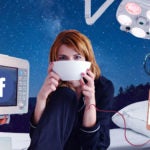 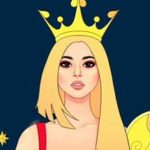