Follow us:
Dr. Martens has unveiled the result of its collaboration with Raf Simons for the 60th anniversary of its Original 1460 boots. Image: courtesy of Dr. Martens via AFP Relaxnews

60th anniversary celebrations for Dr. Martens’ Original 1460 boots are continuing with the presentation of a reworked version of the model by Belgian designer Raf Simons. The punk-styled limited edition boots will go on sale on Feb. 22.

To celebrate the six-decade-long success of its Original 1460s, Dr. Martens has invited 12 world-renowned designers and labels to create limited edition versions of the iconic British boots, which will be presented at a rate of one drop per month throughout 2020. 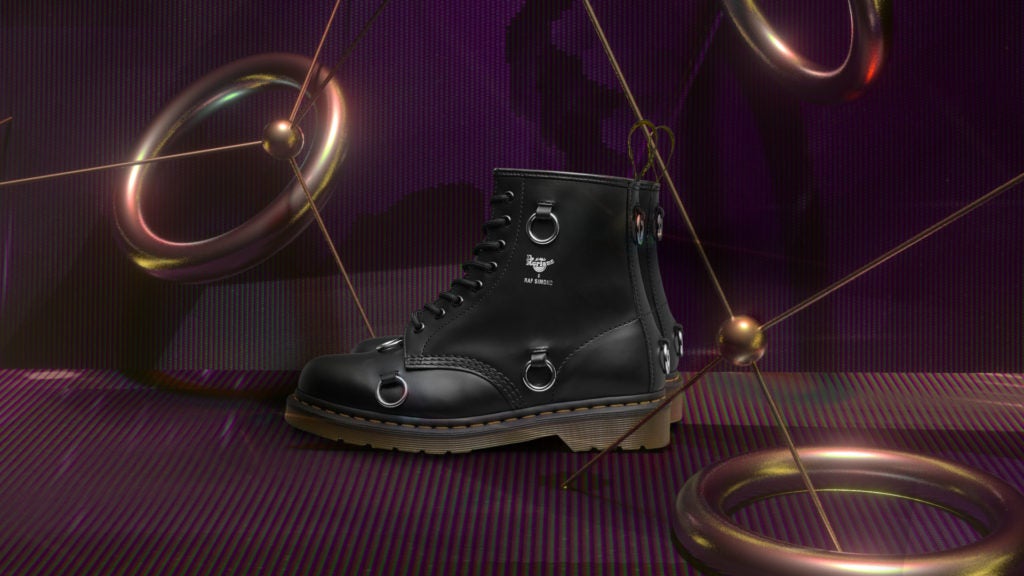 Dr. Martens has unveiled the result of its collaboration with Raf Simons for the 60th anniversary of its Original 1460 boots. Image: courtesy of Dr. Martens via AFP Relaxnews

Hot on the heels of the Japanese streetwear label BAPE in January, Raf Simons has now unveiled his personal interpretation of the boots that became a streetwear legend.

The decision to call on Raf Simons was not taken by chance–the Belgian designer has regularly collaborated with Dr. Martens for more than a decade, so it was natural that he should participate in celebrations for 60 years of the Original 1460s.

In a punky design, which reflects his anti-conformist spirit as well as the Dr. Martens brand heritage, Raf Simons has adorned the smooth leather uppers of the 1460s with nickel rings, and an embossed Dr. Martens x Raf Simons logo.

The limited edition model will be available in selected stores and online from Drmartens.com. IB /ra