While fans are still reeling over the sudden death of basketball legend Kobe Bryant, the team behind his Academy Award-winning animated short film “Dear Basketball” has decided to make the masterpiece free to be seen by the public.

Bryant’s multimedia production company Granity Studios uploaded the 2017 film to the website of “Dear Basketball” and on Vimeo yesterday, Jan. 27. The NBA icon and his 13-year-old daughter Gianna, along with seven other people, died in a helicopter crash the day before.

The short film is based on Bryant’s poem of the same name, which was published back in November 2015 on The Player’s Tribune, a website that features writings by professional athletes.

“Dear Basketball” was the NBA legend’s farewell letter to the game, when he retired from playing in April 2016. To mark the end of his remarkable 20-year career, Bryant scored a phenomenal 60 points in his last game held in his hometown of Los Angeles.

In the film, Bryant speaks of his love of basketball, and how it has always been his passion since when he was a 6-year-old boy — back when his father’s rolled-up socks still served as his ball, launched from Bryant’s fingers to land imaginary game-winning shots.

“You asked for my hustle / I gave you my heart / Because it came with so much more,” Bryant narrates to the hand-drawn animation by Glen Keane, set to the musical score of renowned film composer John Williams.

The film’s website describes “Dear Basketball” as a short film about “the inspiring story of one little boy living out his basketball dream.”

Despite all this, Bryant said that he will “always be that kid with the rolled-up socks / Garbage can in the corner / :05 seconds on the clock / Ball in my hands.” 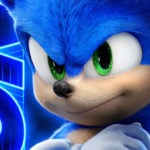 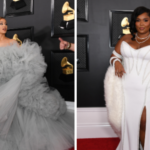