Global music icon, 15-time GRAMMY Award winner and returning GRAMMY Awards host Alicia Keys, released her new single and visual for “Underdog” today, via RCA Records. The new song features writing credits from both Ed Sheeran and Keys and was produced by Keys and Johnny McDaid (Ed Sheeran, P!nk). The music video was directed by Wendy Morgan. GMA provided an exclusive first look at the video this morning and the full video was premiered on MTV Live, MTV U and BET Soul as well as on ViacomCBS’s Times Square billboards in NYC. The song premiered first on iHeartRadio and is currently available to purchase and stream across digital platforms. 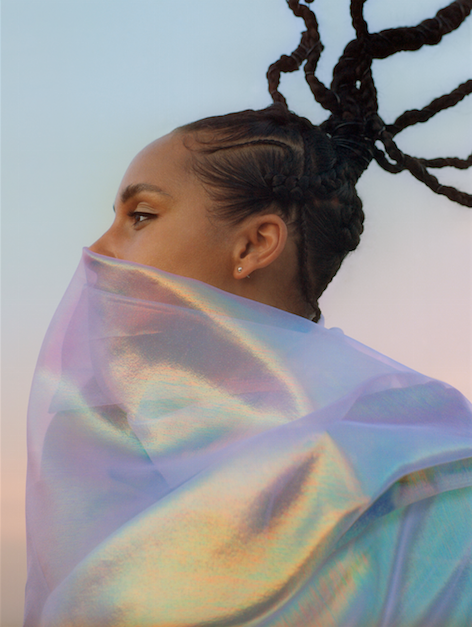 “Some people may think of the word underdog as a negative word but I see it as a powerful word representing people who may be underestimated and yet still rise to the challenge and exceed expectations,” said Alicia. “I love this song so much because it’s about real life and real people and our experiences. We’ve all been in a place in our lives where we’ve had to defy the odds. It’s never easy. One of my favorite lyrics in the song is, ‘They say I would never make it but I was built to break the mold.’ I don’t think there’s a person on the planet that hasn’t felt that way.”

“Underdog” is the latest offering from ALICIA, Keys’ forthcoming seventh studio album. The previously-released songs include “Time Machine” a future funk-inspired odyssey that celebrates the liberation that comes with letting go, and the sultry and vibey first single “Show Me Love,” a duet with GRAMMY Award winning R&B star Miguel and meditation on the many ways we show love to one another. “Show Me Love” earned Keys a record-extending 11th number 1 on the Billboard Adult R&B Songs airplay chart. ALICIA will be released globally this spring.

This is just the beginning in what will be an exciting year for the multi hyphenate. On January 26 Keys will return as the host for the GRAMMY Awards for the second consecutive year, following her critically-praised stint in 2019. The show will air on CBS. Keys’ book More Myself will release on March 31, 2020 via Flatiron Publishing.