From Daniela Mondragon to Mimiyuuuh: Here’s a collection of 2019’s best memes

Aside from being a source of entertainment, internet memes are also units of “cultural expression.”  They provide a unique glimpse of cultural diversity, as well as, communicate attitudes, feelings, styles, and situations. And for Filipinos (who spend most of their time online) memes are not just a shared humor but also serve as an instant escape from this country’s unbearable realities.

As we approach the end of the year, it’s worth remembering that although a lot of bad things have happened, we have never failed to turn tragedy into comedy—showing off our strength by always looking on the bright side of everything. And what resembles that better than all the memes that we have all enjoyed this year, let’s look back on some of the best ones.

Note: The items on the list is not in chronological order.

Daniela Mondragon-Bartolome (played by Dimples Romana) is a popular antagonist from ABSCBN’s drama series ” Kadenang Ginto.” Daniela’s walk of shame, where she was seen walking in an unfamiliar place while dressed in a fancy red dress with a matching red suitcase, spawned different versions of memes. Funnily enough, Department of Tourism (DOT) saw the potential of these memes in terms of promoting tourist destinations in the country. With that, they asked Romana (alongside actress Gonzales) to be one of their “volunteer tourism ambassadors.”

During the much-awaited ABSCBN Ball, Kim Chui dazzled in her white serpentine Filipiniana gown designed by Benj Leguiab. But the Chinita Princess became a subject of most memes after online users photoshopped various looks of her serpentine-inspired gown.

Even 22-year-old actor Kit Thompson became a meme after his 2012 “Pinoy Big Brother: Teen Edition” video had resurfaced online. During a confrontation in one of PBB’s episodes, an emotional Thompson suddenly blurted out the lines, “Gusto kong sumabog, sabihin ang masasamang…mga words.”

The “woman yelling at cat meme” is probably one of the most popular memes on the internet. According to Know Your Meme, the screen cap features The Real Housewives of Beverly Hills episodes cast members Taylor Armstrong and Kyle Richards while the confused-looking cat sitting at a table was later identified as Smudge the Cat.

After all the plunder case and pork barrel scam, Bong Revilla returned to his Senate seat and even planned to revive his showbiz career—thanks to his pagiging gwapo na, mabait pa and of course, his catchy, budots campaign ad.

What better way to express our dismay at Philippines’ failure in organizing huge events like SEA Games is through memes, right?

A Filipino version of “And then, I said” meme that went viral last year, “Ang sabi ko…” features celebrities, cartoon characters, and influencers holding a gun with their famous lines written on the caption.

The anti-earthquake czar has spoken…

Posted by Malacañang Events and Catering Services on Sunday, November 3, 2019

The 69-year-old pastor later became the laughingstock of online users after claiming that he was responsible for stopping the 6.6-magnitude earthquake in North Cotabato and nearby provinces.

In the midst of Filipinos’ commute struggle, Presidential Spokesperson Salvador Panelo bravely told commuters that there is no such thing as “transport crisis.” And to test that claim, Panelo took the #CommuteChallenge.

Every time a typhoon hits the Philippines, expect the internet to be flooded by memes, showing that despite destructive calamities Filipinos will always choose to look at the bright side of life. And to match the SEA Games’ official hashtag #WeWinAsOne, online users came up with #WeSwimAsOne.

11. Stop, look and listen and learn

The person smiling awkwardly in the now-viral meme is Jocelle Inocencio who was accused of estafa by her Russian employer named Manar Al Khebi. Instead of getting annoyed by Inocencio’s false claims (like having a relationship with her employer), her English lines like the now-infamous “stop, look and listen, and learn” has caught the attention of Pinoy online users, giving birth to a lot of hilarious memes.

Another viral sensation this 2019 was Dante Gulapa who posts videos of him dancing, which was dubbed as the “eagle dance”. While online users find Gulapa’s videos hilarious that made a whole slew of memes.

Posted by This page is maybe a Twicey Meme on Wednesday, February 13, 2019

Even beauty pageants like the most recent Miss Universe 2019 were celebrated with witty memes!

ABS-CBN’s Kadenang Ginto has so much influence on a 9-year-old girl named Marjorie, who popularized the lines “The liar is my peyk” and “You do note, Cassie”. Her video mimicking one of the characters in the show gained a lot of reactions and gave birth to a lot of memes.

Posted by Mikeymouse Vlog on Saturday, May 4, 2019

Erika Embang is one of the most trending vlogger in 2019 who came from the small town of Murcia, Negros Occidental. For certain, you have watched one of his trending “hilu gudmurneng” videos.

Baby Yoda from Disney+’s new show ‘The Mandalorian” is currently making rounds on the internet because of its meme-worthy character. Thanks to the internet, this little creature continues to roll up entertaining memes.

One of the most controversial showbiz stories this 2019 was the alleged involvement of Julia Baretto with the breakup of Bea Alonzo and Gerald Anderson. The statement made by Baretto through her Instagram story further intensifies the issue, but online users really know how to make it less serious by creating funny memes.

This line came from one of Raffy Tulfo in Action segment, which involved the case of “Alyas Linda”. She claimed that she was harassed by an old man named Alexander Butal inside an E-Jeep. But turns out that the sudden break of the vehicle caused the elder to lose balance and accidentally touched her. The sensational topic spread like wildfire across social media that generated amusing memes. 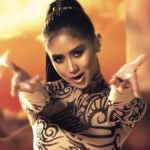 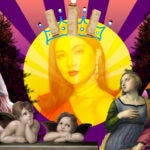 8 things titas can do on holidays instead of asking questions like ‘kailan ka ba mag-aasawa?’