As the show started, ITZY expressed their gratitude for the warm welcome of the crowd–who cheered them on every performance. Some of the songs they performed were  “Icy”, “It’z Summer”, “Cherry” and “Dalla Dalla”. They also sang covers of TWICE’s “TT” and GOT7’s “Hard Carry.”

The quintet then greeted PH Midzys with Filipino words: “Kamusta kayo?” (How are you?) and “Mahal kita” (We love you). Moreover, fans got to know more about the girls during the “Question? ITZY” segment wherein they revealed their possible careers if they weren’t Kpop idols.

The group also played the “1 Second Intro Quiz,” wherein they’d have to guess–through dance or sing–the title of popular K-pop tracks. This included “Boy With Luv” by BTS, “Feel Special” by TWICE, BLACKPINK’s “Kill This Love” and many more. At the end of the show, PH Midzys prepared a touching video presentation to show their continued love and support for ITZY.

In case you missed their mesmerizing performances, check out the photo highlights below: 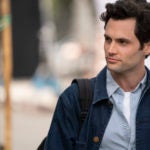 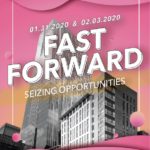 Experience what it’s like being in the country’s top corporations with Fast Forward 2020: Seizing Opportunities