What we sing, what we say: U2’s ‘The Joshua Tree’ Tour comes to the Philippines at just the perfect time

I can no longer remember the very first U2 song I ever heard, but I know by heart the very first one I ever seriously loved, and after all these years, still do love – it is Stay (Far Away, So Close). It was the 1990s, MTV was at its heyday, and the song’s melody and lyrics (“Red lights, gray mornings/ You stumble/ Out of a hole in the ground/ A vampire or a victim/ It depends on who’s around.”), carried by a stark black and white video, struck me as one of the most poetic things I have ever seen as a hardened teenager from the gutters. And since I am from the third world, and the internet was still non-existent in the lives of most teenagers at that time in my hardened country, the mesmerized me had to rely on news on TV, newspapers and magazines for most of what I knew then about the band behind the song, and the enigmatic frontman who sings it.

And since I was young, and cared only about what I called then as my sole purpose in life – to write, to craft poems, to make music laid down, art art art art art – I used to ask, even with an annoyance, “Why can’t this beautiful man just sing his beautiful songs?” I resented how he would sound didactic to me whenever I would hear segments of their band’s shows devoted on displays of their political reflections. I was content on riding the grooviness of the songs, playing them on my guitar, letting the wordplays drip from my tongue. I even considered Bono’s musings on politics and social issues a bit of an arrogance. Politics should be separate from art, I insisted, and what I personally enjoyed must be left unsmeared by the filth of anything political.

But I loved the U2 of 1993’s Zooropa too much that I wanted to know more about them, their roots, the source of their perpetual need to “speak up,” and previous works that catapulted them to where they are. And so I worked my way back, and encountered War, and Achtung Baby, and The Joshua Tree. I do not think anyone who sits down to intently listen to The Joshua Tree cannot escape what must happen next, no matter how slowly and pained, as that opening line in “Running To Stand Still” goes.

I did not instantly recognize the opening strains of “Running To Stand Still” when U2 played it in the Philippine Arena last Wednesday, Dec. 11, at the Manila leg of their 2019 The Joshua Tree Tour, brought to the country by Smart Music Live. The arrangement was changed a bit from the album’s original, such that I first thought Bono was chanting something impromptu. But very soon the song manifest itself more clearly, and I finally got to singing along, just as I did with the ten songs they have already earlier sang.

There was “Sunday Bloody Sunday” and “New Year’s Day” from War, “Bad” and “Pride (In The Name Of Love)” from The Unforgettable Fire, and the first few songs from The Joshua Tree, starting with “Where The Streets Have No Name”, charging up the audience with a massive stage backdrop of a wide empty road, and Bono launching off the song with the familiar line, “I want to run…” By the time the show was on its eleventh song, “Running To Stand Still”, some of the journalists with me also covering the concert had to sit down for a while to rest a bit from dancing and half-screaming-half-singing. But I remained standing and swaying and singing to the song, so one of the reporters who probably did not recognize it at first too asked me what the track was. After I told him, he immediately stood up and fixed his gaze back at the stage, even shooting a clip with his phone camera. It was as if he suddenly realized what he almost missed, and is now making sure he permanently catches every second of it remaining.

As for me, I could barely open my bag to constantly pull out my phone-cam to shoot snippets and images, because I was just too awestruck by what was unfolding before me. Here are the songwriters and musicians who were part of my rearing and nurturing, finally present now, four decades after they formed as a band in high school, having outlived all the other equally great voices I first heard from my youth, still very much alive and spirited, still playing and singing.

I want to clearly see and be able to remember everything as much as I can – from that wide gray road shown on the digital canvas, accompanying “Where The Streets Have No Name”, to how Bono gently held his head low to wipe away make up from his eyes, him having re-entered the stage in the second half of the show in a suave strut with The Edge, Larry Mullen, Jr. and Adam Clayton, before launching off to “Desire”. Because his eyes were darkened, for a moment I thought he may be channeling his “The Fly” persona, and they would be playing tracks from Zooropa, particularly my beloved “Stay (Far Away, So Close), but this was not to be.

The massive backdrop laid before all of us was apparently set up not just to flash images for sheer artistic purposes – it was meant to function as a giant slogan for all the bold statements we were yet to see, apart from those already uttered by Bono. This was The Joshua Tree Tour, after all, for the album conceived during the social conflicts of the 1980s, re-emerging in relevance now at this time of widespread global unrest, as people from various nations have begun to swallow the bitter ways of fatalism and populism, and the supposed purposeful violence in words and deeds of ill-beloved strongmen. At least by this time, and just like my anthem-makers, having lived through all this time, I no longer bear resentment for these men for speaking up. I did not even feel a pang to nag, “Why come only now?” I only felt grateful that they finally made it, just in time.

‘Gotta do something about where we’re going’

I may have not been able to take as much photos and videos as I should have, being there for the purpose of work and not exactly to just indulge by headbanging to my heart’s content, but I believe I have done my job by documenting the two most important things Bono said: “When journalists do not have to worry about what they write, that is a beautiful day. When women unite to rewrite history as herstory, that is a beautiful day.”

He said this within the segment of the show for the song “Beautiful Day” off the 2000 album All That You Can’t Leave Behind. He said this right after just a few songs ago, he dedicated tunes to the “truth tellers,” the press fighting to keep its freedom to be able to report things as they are, to keep those in power on their toes in their service of us. A day ago just before the show, in a press conference where he was questioned if he will meet the President, he cited how the leader is a popular man who does not need him to be on his side. It can be recalled that thorough out every instance when he was asked by the local press questions that may have led to answers antagonistic of the administration, Bono remained wise so as not to resort to easy badmouthing, but to focus instead on speaking about the eternal things he would rather affirm: freedom, equality, rights.

In the show, these were even further fleshed out and duly recognized. Reporters cheered and pumped their fists to the plea for a free press. Women cheered as the faces of trailblazing Filipinas were flashed to pay tribute to their sacrifices and heroism, underscoring the need for gender equality. And amid unacknowledged casualties of various abuses, are not these ideals part of our fundamental needs, our rights as human beings?

As the show neared its end, when the band came back for the encore, I knew I would not hear my beloved “Stay (Far Away, So Close)” because I anticipated that the band must finish with a noble flourish, and the best song to carry that out for them would have to be “One”, where it is declared that “Love is a temple, love [is] the higher law.” In the last song that I may be receiving from them live within this little life of mine, I hear about the one true and highest ideal, our common bottomline, and that which if we only live out, could empower us to be victors over any kind of oppression, could empower us all.

This is what I will remember most fondly of The Joshua Tree Tour here in our beloved country, our very own “God’s country” – how songs cannot just be places for us to run to and hide. Through songs we can confront things, then realize our courage. Through songs we can speak. It is one simple truth that took this one fan nearly 40 years to heed. VL

‘You can’t compromise on human rights’ – Bono to Duterte 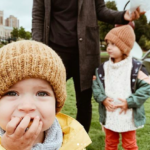 Worship singer believes daughter can be resurrected through prayers 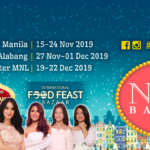