A coach has collected more than 150 pairs of used football and rugby boots for families who cannot afford to buy new ones.

Carl Bradley, from Neath, United Kingdom, came up with the idea after overhearing a mom say she could not buy her growing son a bigger pair of boots, as per BBC last Thursday, Nov. 14.

Bradley then began The Boot Room, which his son Charlie describes as a place to get football boots for those who cannot afford them. 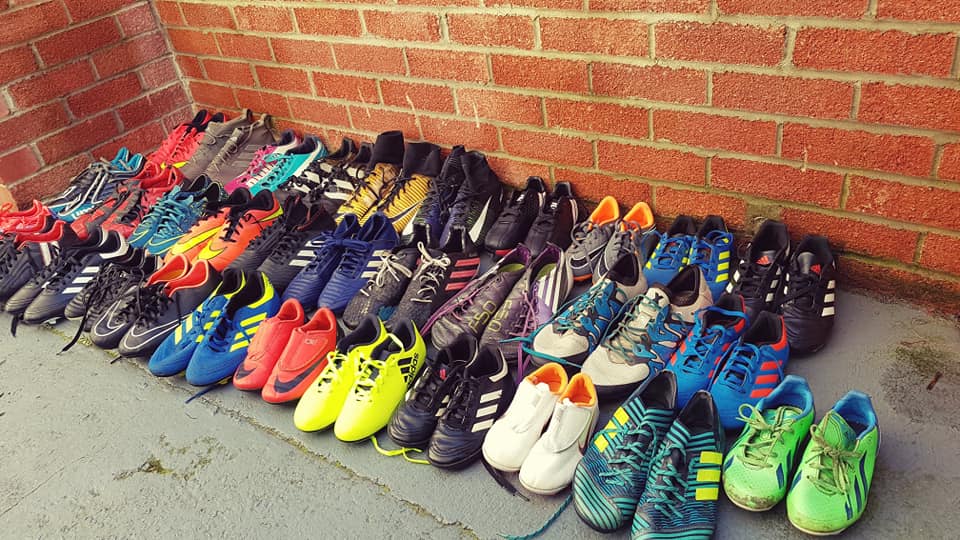 “My aim is to help keep as many kids in sports as possible, whether that be rugby or football,” Bradley was quoted as saying.

The father explained that the project means “a little more to him” because his parents could not afford a pair for him when he began playing football at the age of 15.

A certain Ethan benefited from the project after his father David had to stop working after suffering a seizure. The situation had placed his family under financial pressure, but he was still able to get a new pair of boots thanks to Bradley’s initiative.

“We never expected it to happen,” Michelle Eaton, Ethan’s mom, said in the report. “Normally, we wouldn’t think twice about buying our boy Ethan a new pair of football boots, but when his last pair cost 55 pounds ($71 or P3,600), it’s not something we can feasibly do right now.”

”Carl’s scheme has been so fantastic and we will continue to donate our children’s old boots to help others too,” Eaton added.

The Boot Room officially launched at Swansea City on Nov. 14, as per report. The project has drop-off points for used pairs at several locations across South Wales. JB