A group of third-graders, assisted by their teachers, surprised one of their classmates with new toys to replace those he lost in a house fire.

Daniel Hunt lost all of his belongings after his home in Philadelphia, United States burned down last Saturday, Sept. 21, as per ABC News on Monday, Sept. 30. 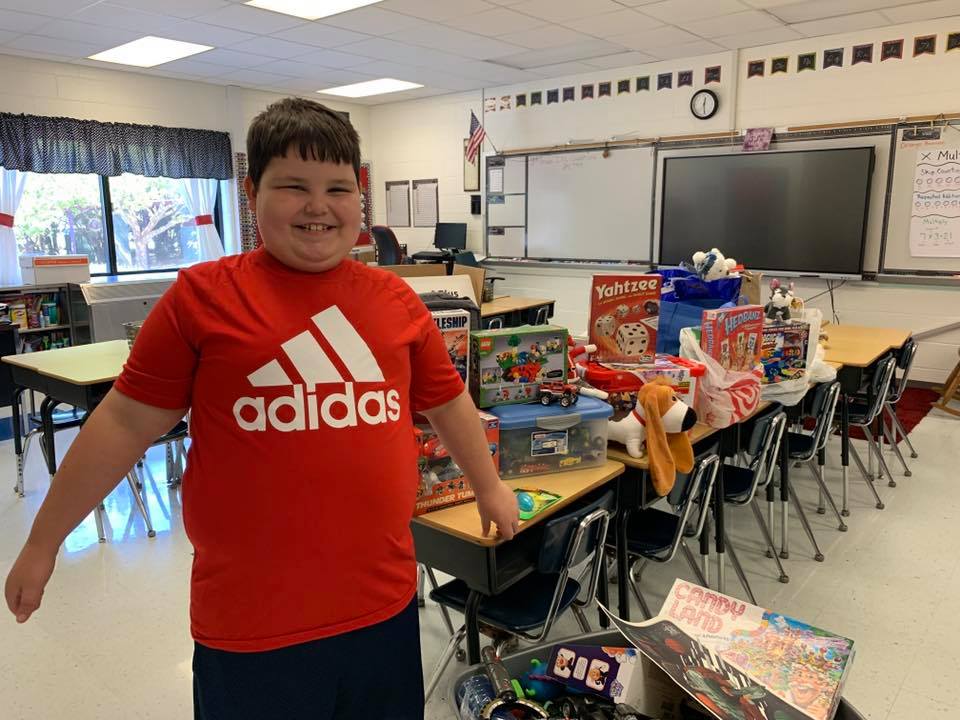 Daniel Hunt with the toys his classmates and teachers gave him. Image: Facebook/Philadelphia Elementary School

Philadelphia Elementary School, where Hunt attends classes, said people were asking how they could help Hunt and his family after the fire. In response, the teachers at the school organized a “secret toy drive.”

“It was amazing to witness the excitement these third-grade kids had while sneaking in toys. The entire week, they couldn’t love him enough,” Jones, a counselor at the school, told the news outlet.

“People were holding doors for him, getting his pencil ready for him each morning, taking his chair down from the desk for him to sit in and swarming him at recess,” she added.

To prepare for the reveal of the fruits of the “secret toy drive,” teachers made Hunt run an errand on Friday, Sept. 27. They then placed the toys from the drive on the desks in a classroom while he was away.

Hunt’s classmates were also snuck into the classroom before he returned. When Hunt got back from the errand, his classmates yelled “surprise!”

Hunt’s mother, Kristen, shared the sweet moment on her Facebook page on the same day.

Here’s the video. Get your tissues ready. We are so blessed to be Warriors. 💜💛

“I love it!” Hunt said in the video, before asking all of his classmates to come together for a group hug.

Last week, one of our Warriors, Daniel Hunt, lost all of this belongings in a house fire. His 3rd grade teachers and…

Hunt said he was “happy crying” and has “joy in my stomach” while on the way home from school that day, as seen in a comment left by his grandmother, Marsha.

“He has looked at each and every toy,” she said, “big and small and he loves them all.” JB

WATCH: Homeless woman whose bike was stolen given new one by police