Couple donates kidneys to strangers, hopes others would follow

A married couple from New Jersey, United States, decided to donate their kidneys together in the hopes of inspiring others to also do so.

Cheryl Cohen and Frank Kimchick learned more about organ donation after Cohen’s brother received a heart transplant that saved his life, according to People on Nov. 15. Cohen eventually got involved with the New Jersey Sharing Network, a non-profit organization that helps place and recover organs and tissue for New Jersey residents, where she met a a 70-year-old in 2016 who donated a kidney to a stranger. This pivotal moment was what pushed Cohen to consider donating a kidney.

“I really started thinking, why can’t I do it?” Cohen said in the report. “About a year later, I went to get tested by a doctor and started the process.”

Cohen underwent multiple testing to ensure she had a clean bill of health before going on to donate her kidney. Her husband Kimchick’s decision to follow suit, however, was one that would later on come as a surprise for Cohen and her doctor. According to Cohen, Kimchick announced his decision to also donate his kidney during one of her appointments. Her doctor, apparently, asked Kimchick how he felt about Cohen donating hers.

“At that point, I looked at him and I said, ‘How would you like two kidneys?’” Kimchick was quoted as saying. “Because the whole time Cheryl was going through this process, I had already decided I wanted to do it too, but I didn’t say anything. I wanted it to be a surprise.” Cohen and her doctor were nothing short of floored.

Cohen donated her kidney last April while Kimchick followed three months later in July, and both took just a couple of days to recover before returning to normal programming.

“Frank and I, we’re normal human beings. We both have our jobs, and we live life like everybody else living life, and donating only affected a tiny part of our lives — a really short part of our lifetimes,” Cohen said in the report. “We knew it would be a good thing to do.”

“It’s such a tiny amount of time to be able to provide that benefit to somebody else,” she added. “Something that’s going to make their life, the rest of their life, that much easier and longer.”

There are over 120,000 people in need of lifesaving organ transplants in the United States, as per the National Kidney Foundation, and around 100,000 of these await kidney transplants. It takes an average of 3.6 years for an individual to wait for their first kidney transplant, which can fluctuate depending on health, compatibility and availability. Meanwhile, a person is added to the kidney transplant waitlist every 14 minutes, whereas 13 people die every day while waiting for a lifesaving kidney transplant. JB 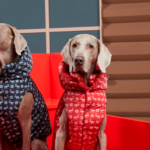 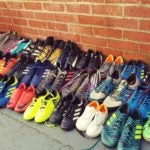