The Players of ‘Jumanji: The Next Level’ Get Their Own Posters

Check out the posters below and watch Jumanji: The Next Level in Philippine cinemas December 4. 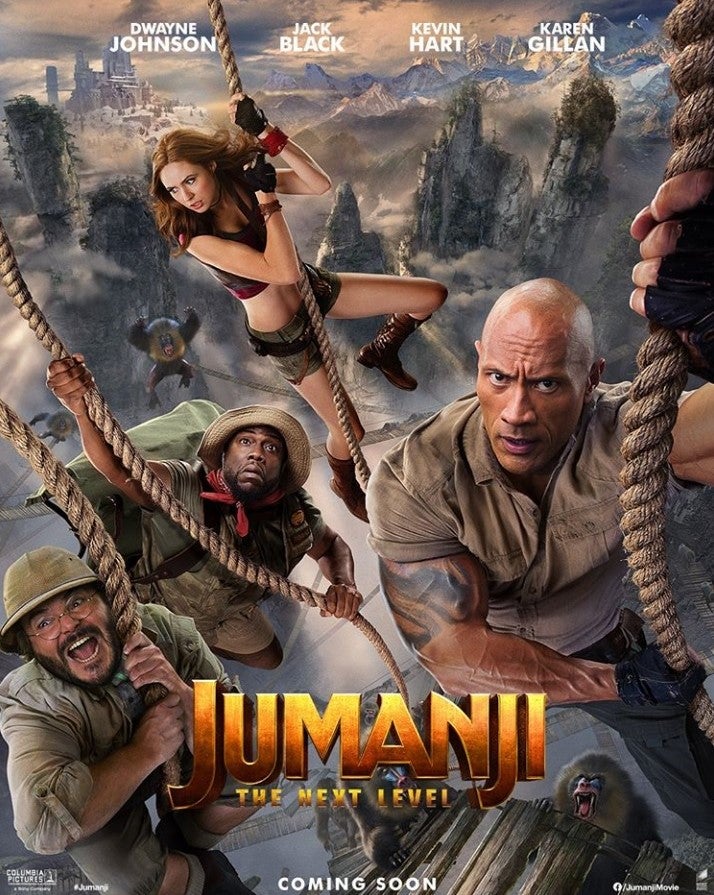 In Jumanji: The Next Level, the gang is back but the game has changed. As they return to Jumanji to rescue one of their own, they discover that nothing is as they expect. The players will have to brave parts unknown and unexplored, from the arid deserts to the snowy mountains, in order to escape the world’s most dangerous game.

Directed by Jake Kasdan, the sequel is written by Jake Kasdan & Jeff Pinker & Scott Rosenberg, based on the book Jumanji by Chris Van Allsburg. The film is produced by Matt Tolmach, Jake Kasdan, Dwayne Johnson and Dany Garcia.

Jumanji: The Next Level is distributed by Columbia Pictures, local office of Sony Pictures Releasing International.

Dwayne Johnson
Jack Black
Jumanji The Next Level
Karen Gillan
Kevin Hart
Sony Pictures Releasing International
The Players of 'Jumanji: The Next Level' Get Their Own Posters
INQPOP! Stories we think you might also like: