Man rehomes hens after accidentally buying 1,000 of them in online auction 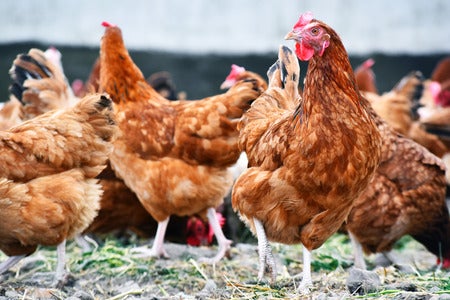 A man from North Island, New Zealand, is now rehoming 1,000 hens after accidentally buying them in an online auction for $1.50 (approx. P75).

Steve Morrow apparently saw the hen sale on online auction website Trade Me and thought he was only bidding for one hen, as per New Zealand news site Stuff on Nov. 4. But upon winning the auction on Sunday, Nov. 3, Morrow was surprised when he realized he actually purchased all of the hens.

The ad for the “urgent sale” of the hens was due to a free-range egg farm in West Auckland that was closing down. As per the report, the sale was for “one 1000” birds. Morrow, however, placed an auto bid for $20 thinking the highest bidder could take as many birds as they wanted and the rest of the hens would be auctioned off by the seller.

“When the auction closed, I thought, ‘This is great,’ I could take as many birds as I wanted,” Morrow was quoted as saying. “But when I spoke to the man and he said it was for 1,000 hens… Holy moly, I was stunned, I can tell you that.”

Morrow said the wording of the ad was confusing, although the seller, Matthew Blomfield, countered the ad was clear that it was for 1,000 hens.

“It’s pretty bloody hard to get that wrong,” Blomfield was quoted as saying. “We discussed the logistics behind it all, he said he’s worked at freehold farms. But over the weekend I think it became apparent to him that 1,000 hens is a bit too many birds and must have had a change of mind.”

Despite the blunder, Morrow said he is not giving up on the hens and allowing them to get killed. He has since taken to social media to ask for help in rehoming the rest of the hens, and also contacted Animal Sanctuary to ask for assistance in interviewing those who have volunteered to take them in. As per the report, over 700 hens could be rehomed, while Morrow himself is taking in 20 of them.

“I was going to save 1,000 lives, even if I had to drive up to Auckland and feed them myself while looking for homes for them,” said Morrow. “The reaction on social media has been tremendous and overwhelming. I put out that post because I really want to see the birds live. The ad was worded a bit confusing but I’m happy the birds are safe.”  Cody Cepeda /ra

Couple spends over P5 million accidentally deposited into their account, charged with theft