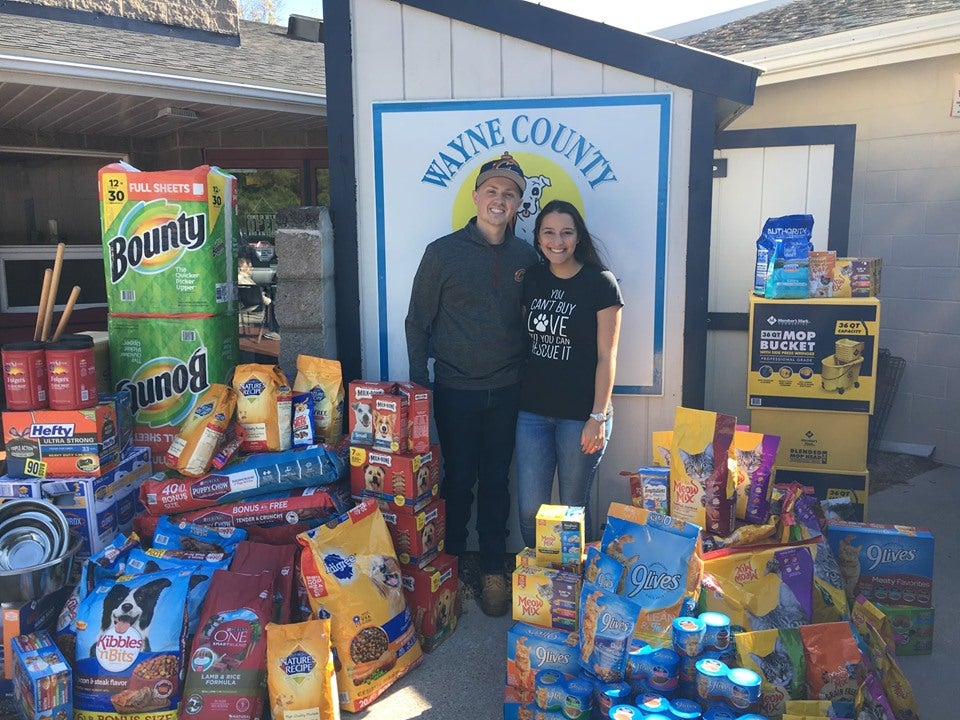 A couple from Ohio, USA, made their wedding day more than just about their union together by asking their guests for donations instead of gifts.

Jonathan and Jeananne Wickham had listed cat food, dog biscuits and kibble on their wedding registry in place of the usual household items expected during a marriage.

Weeks after they tied the knot, the two delivered the donated items to Wayne County Humane Society, an animal shelter, last Saturday, Oct. 12, as per The Daily Record on Sunday, Oct. 13.

The two decided to forego the usual gifts for a wedding since they had been together for seven years already and were “really big into animal welfare and rescue.”

“We wanted to take an opportunity to give back to this shelter specifically because I grew up in Wooster,” Jonathan was quoted as saying.

The couple has six cats, which were all adopted from animal shelters.

“We also felt this shelter could use it the best and had the most need for it, so in thinking about how we could do the most good for something like this,” Jeananne said, “this shelter was the one we decided on.”

Brian Bogner, president of the shelter’s board, said the Wickhams’ gesture was the largest one-time donation he had seen. Aside from supplies for the animals residing in the shelter, the goods also included items such as coffee for the staff and volunteers.

Aside from the supplies, the newlyweds donated $2,000 (about P102,700) for emergency medical bills for the shelter’s cats.

Carrie Andrew, the shelter’s director, said the monetary donation came “at the right time,” since two kittens recently arrived with separate medical conditions. Andrew said “humane action would have had to be taken if not for the extra funds.”

The couple’s “ultimate goal” was to give enough help to ensure the shelter could use its funds “in a more strategic way.”

“We want to get a higher volume of animals adopted at a faster rate,” Jonathan said in the report.

The newlyweds also encouraged other engaged couples who may not need the usual wedding registry items to follow their example, and help causes they are interested in. /ra

Woman houses 97 dogs to save them from Hurricane Dorian