The best and brightest stars of OPM lit up the night sky as their achievements were honored at the 32nd Awit Awards last night at New Frontier Theatre. 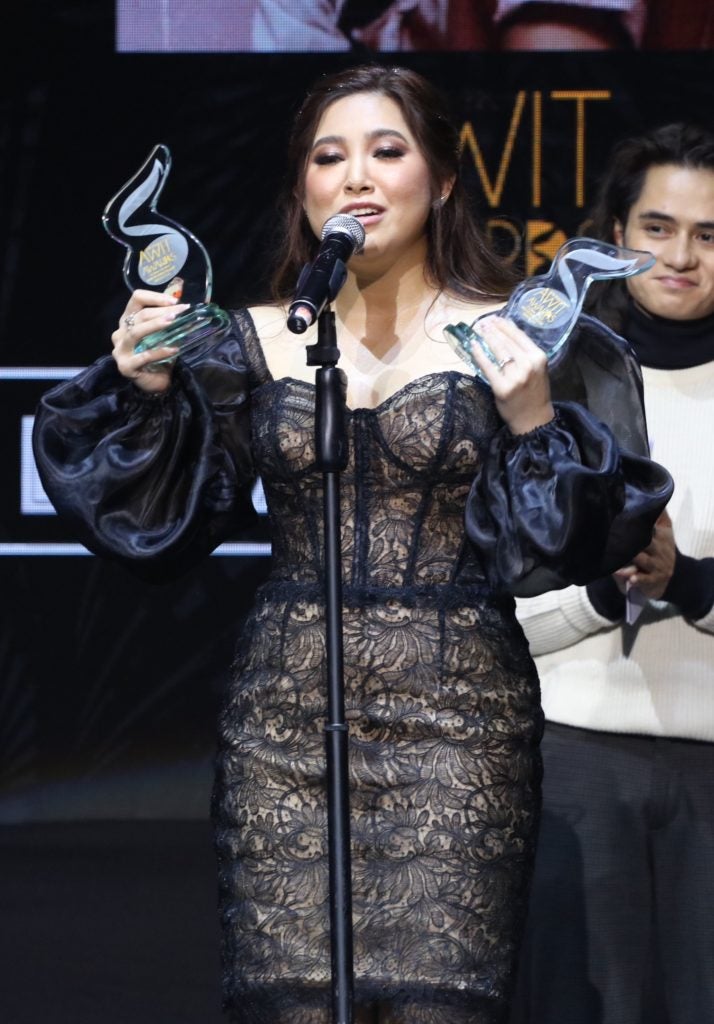 Moira also won Most Streamed Album, Most Streamed Recording, and Most Streamed Artist based on combined streams on YouTube and Spotify, as well as Best Collaboration for Knots, which she recorded with L.A.-based Filipino artist, Nieman. 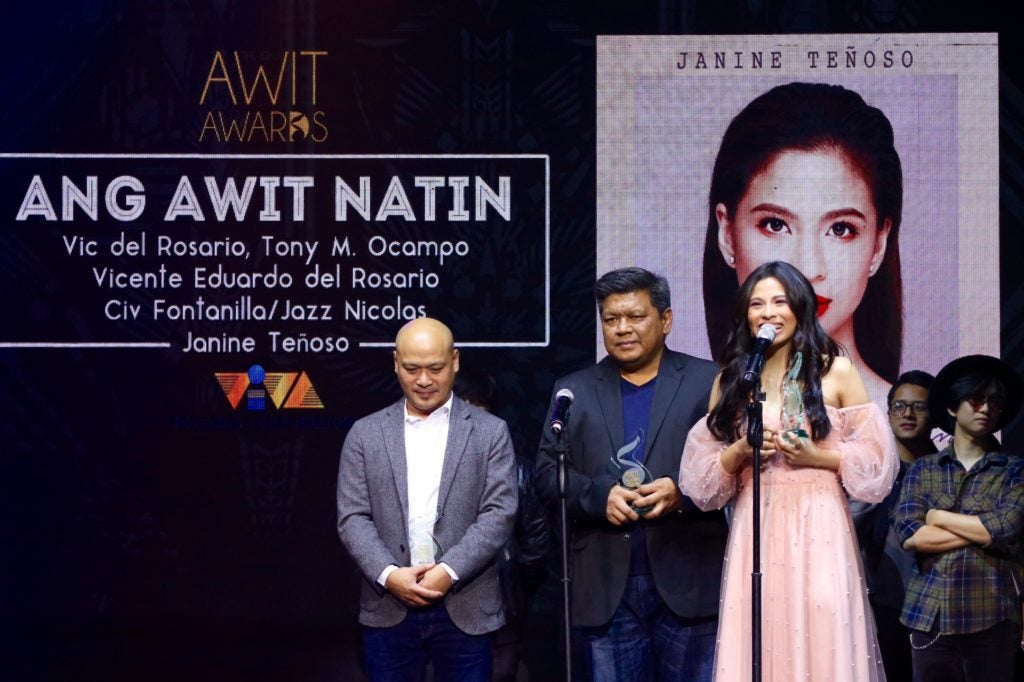 Janine Teñoso won Record of the Year for her rendition of “Ang Awit Natin.” Janine also won Best Pop Recording for “Di Na Muli,” a remake of the Itchyworms song.

Sarah Geronimo bagged “Best Performance by a Female Recording Artist” for her performance in “Isa Pang Araw,” the theme song of the film, “Miss Granny,” in which she also starred. The song was also awarded Best Song Written for Movie/TV/Stage Play.

Fans, who came in droves in support of their favorite artists, were not disappointed, as they were regaled with performances from IV of Spades, the TNT Boys, Juan Karlos, Moira Dela Torre, Gary V., Iñigo Pascual, Autotelic, Elmo Magalona, Jayda [Avanzado], Janine Teñoso, Unique Salonga, Ice Seguerra and This Band.

Throughout the night, OPM stars happily accepted the awards, the winners of which were chosen by a jury of their peers. 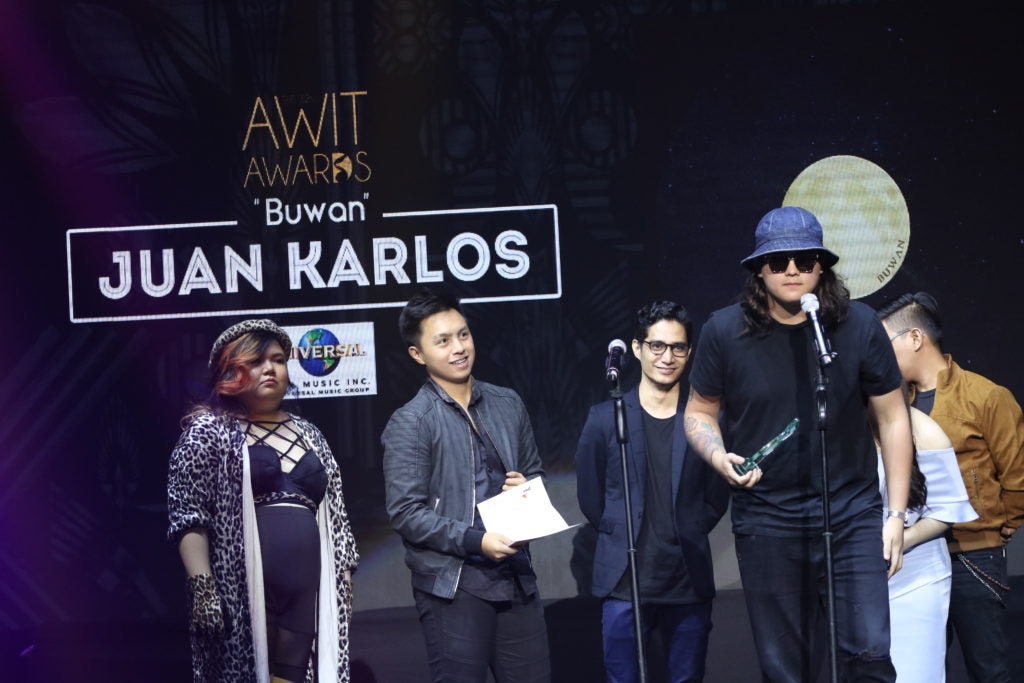 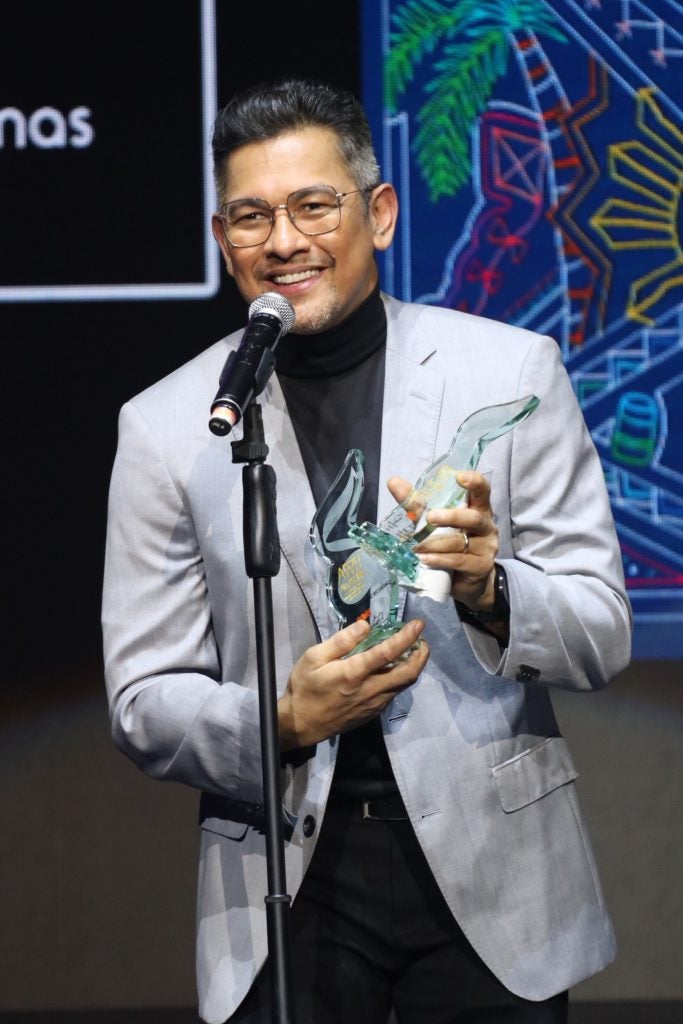 AWIT honored Francis M by awarding him the “Dangal ng Musikang Pilipino” Award, the highest award given each year to artists who have made a significant contribution to the music industry. Francis M’s son, Elmo Magalona, performed a moving tribute for his Dad.

“OPM is definitely the big winner tonight,” said Philippine Association of the Record Industry (PARI) Chairman and Managing Director of MCA Universal, Ricky Ilacad. “Looking at the caliber of our artists today and the quality of the work they produce, we are confident that OPM will continue to grow and thrive in the next decades,” he added.