Along with a treasure hunt-style adventure game, concerts and a tribute book (coming out early 2020 in English), the festivities for the Eiffel Tower’s 130th anniversary include a free exhibit that opened on its forecourt last Saturday, Sept. 28.

SETE, the company which runs the Eiffel Tower, has partnered with LG for its technological expertise to allow viewers to experience the fun and educational displays on an immersive level.

Visitors of all ages will be able to get an idea of the dizzying heights experienced by the workers who built the tower by walking on a beam surrounded by screens. Visitors will also be able to test the monument’s sturdiness in the wind by blowing on screens. The objective is to see its ability to flex by up to 18 centimeters.

Clever youngsters may enjoy replacing the Eiffel Tower with the world’s tallest tower, Dubai’s Burj Khalifa or with Giza’s Great Pyramid via touchscreen. It is part of an installation at the beginning of the exhibit that illustrates the tower’s evolution.

The exhibit makes note of the 106 other projects in the running for the 1889 World’s Fair as well as the flood of complaints marking the monument’s beginnings. Audio recordings reveal that in its early days some called the tower a “giant without beauty or style,” “a Tower of Babel,” and a “pock-marked suppository.”

The tower was built fairly rapidly, in two years, two months and five days. The construction required the use of 2.5 million rivets and 18,038 pieces of iron. In a section dedicated to “the conquest of the sky,” visitors can learn that its metal came from France’s Lorraine region and was assembled in Levallois-Perret, near Paris.

As the Eiffel Tower was originally red, Parisians and tourists are invited to repaint the tower in any color, evoking the seven shades it has worn throughout its history. The brownish shade we recognize today was adopted in 1968. The exhibition notes that the sparkling lights illuminating the tower every hour from nightfall have existed only since the year 2000.

To show visitors futuristic projections, the presentation also examines the various technological considerations Gustave Eiffel would face if he were a contemporary engineer.

An integral part of the celebrations of the tower’s 130th anniversary, the exhibit is free and open on the forecourt from 10 a.m. until 8 p.m. from Sept. 28 to Nov. 24. RGA/JB 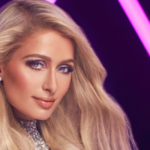 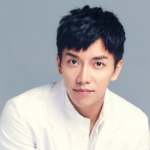