Known to be one of the most versatile actors of his generation, Korean star Lee Seung Gi has portrayed a variety of roles in different genres ranging from fantasy, romance, comedy, action, slice of life, a hint of horror, and many others.

Now, around fifteen years since his acting debut, the actor is finally visiting the Philippines to meet his Filipino fans! Here are some of his hit Korean dramas you can binge-watch (or re-watch) while waiting for his fan meeting in Manila this October 12.

1.) My Girlfriend is a Nine-Tailed Fox 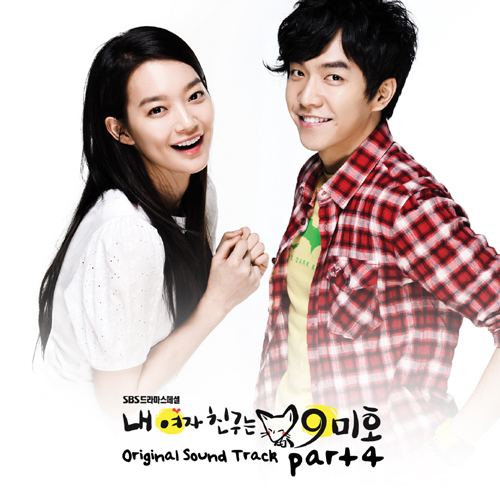 “My Girlfriend is a Nine-Tailed” follows the story of aspiring action star Cha Dae Woong (portrayed by Lee Seung Gi) and the legendary nine-tailed fox (also known as a Gumiho) in a human form named Miho (portrayed by Shin Min Ah.)

Cha Dae Woong met Miho while hiding from his grandfather who wanted to enroll him to a “Spartan-style academy.” Unable to accept the idea, the rich yet spoiled Cha Dae Woong ended up seeking shelter in a Buddhist temple with no intention of going back until his grandfather changes his mind. During his stay, he came across an illustration of a tail-less fox on display. The fox turned out to be Miho, who was imprisoned inside the ancient painting for 500 years. Desperate to break the chains that trapped her within the temple’s four walls, she asked for Cha Dae Woong’s help. But, although he successfully managed to set her free, he almost lost his life in the process when he fell down a cliff while running away from the eerie place. Still, grateful for his help, Miho saved him by granting him the power of her fox bead, reviving his almost lifeless body after the fall. Indebted to Miho, Cha Dae Woong is then forced to do her bidding until he gets better.

Written by the Hong sisters, Hong Jun Eun and Hong Mi Ran, the 2010 drama was extremely popular and even earned various awards during the SBS Drama Awards that year. Lee Seung Gi and Shin Min Ah both won the Excellence Award in a Drama Special, and the pair also bagged the Best Couple Award. Additionally, the series won the Best OST song award (“Losing My Mind” by Lee Seung Gi) during the 2010 MelOn Music Awards. 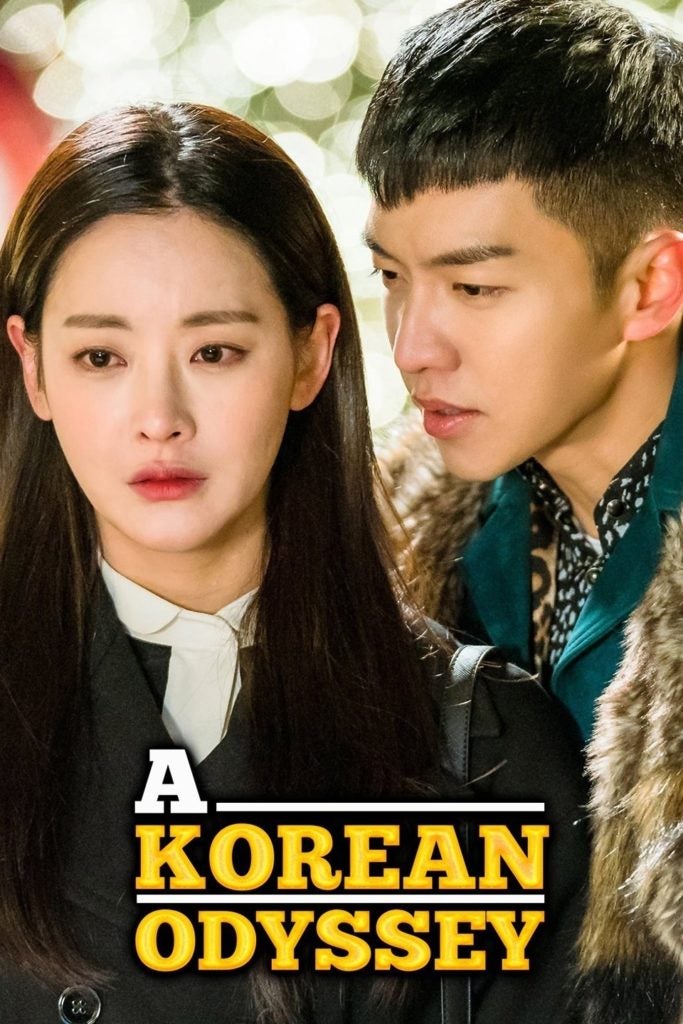 Another drama written by the Hong sisters, “Hwayugi: A Korean Odyssey” showcases the siblings’ flair for fantasy romcoms combined with a bit of thriller and action when it comes to writing their stories.

“Hwayugi: A Korean Odyssey” is actually a spin-off based from the Chinese classic “Journey to the West.” In the drama, Lee Seung Gi portrayed the “Monkey King” also known as “the Great Sage who is equal to Heaven,” Son Oh Gong. His character is known to be a prideful and selfish immortal being. But, although he has been imprisoned due to his mischievous antics, Son Oh Gong is not exactly an evil deity-in-the-making.

In the series, Lee Seung Gi is partnered with Oh Yeon Seo, who portrayed Son Oh Gong’s love interest Jin Seon Mi. Although the two had a rough start, they decided to work together after Jin Seon Mi unintentionally traps Son Oh Gong’s heart with a magical bracelet called the Geumganggo, making the once great sage her “love prisoner,” as the bracelet makes the wearer obedient to its owner using the “power of love.” The two then started to stick close to each other, as Jin Seon Mi tries not to fall for Son Oh Gong “fake love confessions,” while Son Oh Gong also fights the urge to truly fall in love with her. 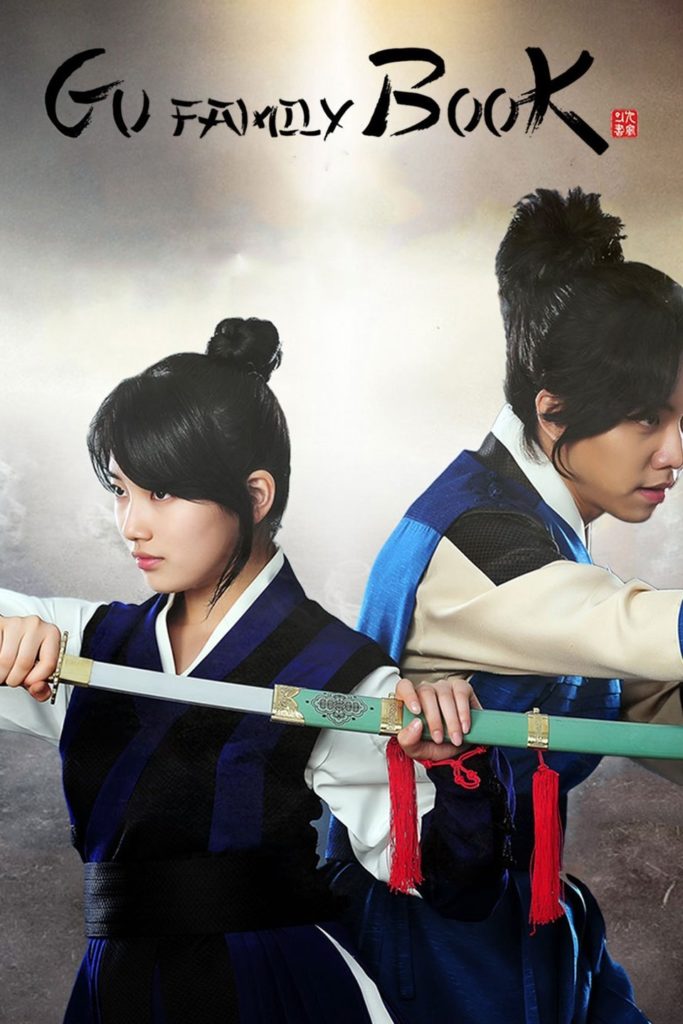 In “Gu Family Book,” the roles are reversed from Lee Seung Gi’s hit drama “My Girlfriend is a Nine-tailed Fox” as the actor played a half-human and half-Gumiho in the series.

Here, Lee Seung Gi plays the son of a guardian spirit named Gu Wol Ryung (portrayed by Choi Jin Hyuk) and the daughter of a nobleman Yoo Seo Hwa (portaryed by Yoo Se Ah). Due to an unfortunate turn of events, he becomes an orphan and gets adopted into the house of a merchant named Park Mu Sol (portrayed by Um Hyo Sup), who later named him Choi Kang Chi.

Despite being known for his mischievousness, Kang Chi grew up to be loyal and with good heart. For almost 20 years, he had no idea about of his real identity. What will happen if Kang Chi suddenly finds out that he’s not exactly a human being? 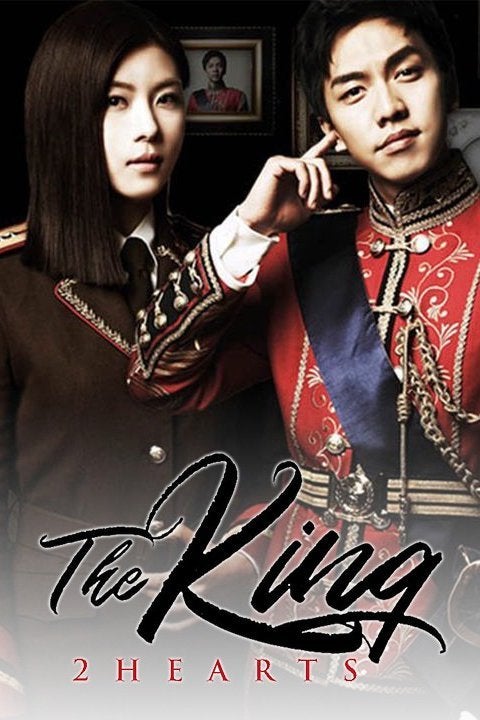 Set in a reimagined time period where the South Korea’s monarchy never ended and the royal family’s bloodline still continues, “King 2 Hearts” is about how a South Korean Prince and a North Korean Special Forces Officer fell in love.

Prince Lee Jae Ha (portrayed by Lee Seung Gi) and the North Korean Deputy Minister’s daughter Captain Kim Hang Ah (portrayed by Ha Ji Won) met during a joint military training with representatives from both North and South Korea. At first, the two had a hard time overcoming their differences in terms of personality. The prince was arrogant, carefree, and a total playboy. While Kim Hang Ah was down-to-earth, strict, and innocent when it comes to love. The latter also proclaimed how she was trained to kill the prince. But, as the two countries decided to move towards a peaceful and friendly relationship, Kim Hang Ah pointed out that her past training was no longer relevant. This, however, didn’t stop the prince from living in constant fear during the first few days of their boot camp.

As the two become unlikely roommates, they started to open up more to one another. Eventually, the pair also developed romantic feelings for each other – much like a modern-day Romeo and Juliet love story. And although their confessions were clumsy, complicated, and even heartbreaking, Lee Jae Ha and Kim Hang Ah decided to get engaged in the end. As Kim Hang Ah transferred and lived inside the palace in the South, the couple now has a new challenge: to overcome their differences as a South Korean and North Korean citizen.

This 2019 Lee Seung Gi is starring once again in a new drama titled “Vagabond,” set to premiere on September 20. The actor will also be in the Philippines for his fan meeting on October 12 at the New Frontier Theater. Tickets are available via TicketNet.com.ph, and TicketNet outlets.

2019 LEE SEUNG GI ASIA FAN MEETING in Manila is brought to us by CDM Entertainment and ABS-CBN Events.