As part of the exhibition, the Virginia Museum of Fine Arts will recreate Edward Hopper’s “Western Motel” painting in three dimensions.

In “Western Motel”, a woman sits on the bed of an anonymous motel room devoid of personal objects. She stares across the room with poised detachment, a car is parked just outside the window. 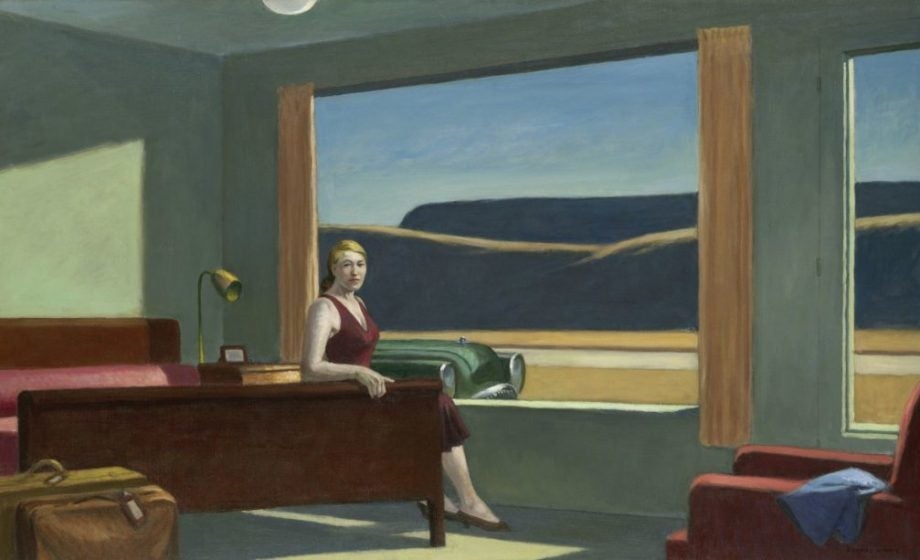 Through the “Hopper Hotel Experience,” visitors will have the opportunity to step inside one of Hopper’s best-known paintings while spending the night at the museum.

The Virginia Museum of Fine Arts is not the first museum to offer visitors the chance to stay overnight. Last April, the Louvre collaborated with Airbnb to install a temporary bedroom underneath its famous pyramid.

“Edward Hopper and the American Hotel” will explore Hopper’s canonical images of hotels, motels and other hospitality settings through more than 60 artworks by the pre-war American artist. Among them are paintings, drawings, watercolors and illustrations from the collections of several museums worldwide.

The exhibition will also feature six never-before-exhibited Hopper drawings from the private collection of Grammy-award winning musician Bruce Hornsby and his wife Kathy. It will also include road-trip diaries written by Hopper’s wife and fellow artist, Josephine, as well as hotel postcards featuring places that the couple visited together.

Also on view will be 35 works by American artists that similarly explore the visual culture of hotels and mobility, including John Singer Sargent, Charles Demuth, Cindy Sherman and Ed Ruscha.

“Edward Hopper is one the best-known 20th-century American artists, yet the public’s conception of him has largely been filtered through a time-worn biographical formula that explains his art as the product of a sullen, isolated introvert. ‘Edward Hopper and the American Hotel’ endeavors to consider hotels, motels, and other transient dwellings… as a framework with which to understand his entire body of work,” curator Dr. Leo G. Mazow said in a statement.

The exhibit “Edward Hopper and the American Hotel” will be on view from Oct. 26 to Feb. 23, 2020, at the Virginia Museum of Fine Arts, before traveling to the Indianapolis Museum of Art.