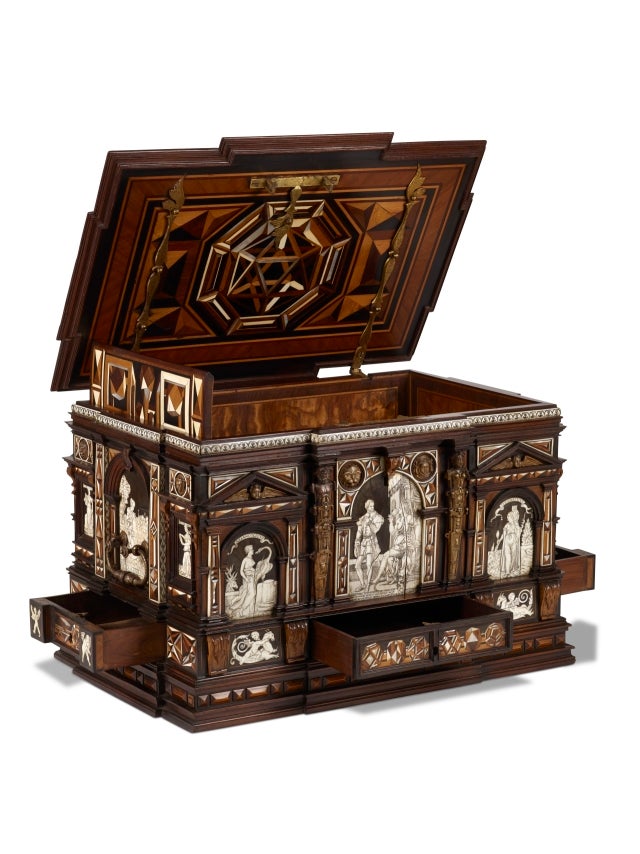 The biannual London Art Week returns in the English capital from June 27 to July 5 for its biggest edition to date.

Fifty galleries and auction houses are participating in this year’s event, including 13 from abroad. Among them are newcomers such as London-based textiles dealer S. Franses, which is presenting an exhibition of “The Lost Tapestries of Charles I”, and New York-based gallery Ambrose Naumann Fine Arts, which will show a selection of modern European paintings.

Visitors are also able to discover works spanning over 5,000 years of art from Antiquity to the 21st century. Among the not-be-missed pieces is a Renaissance court cabinet with trompe l’oeil marquetry from Newbattle Abbey, dating to 1565.

The casket, presented by Trinity Fine Art in conjunction with Georg Laue and Kunstkammer LTD, has not been seen in public since 1883. It is thought to be one of the earliest pieces of German Kunstkammer furniture, or cabinets of curiosities, remaining in Britain.

Other highlights of this year’s edition include a series of rediscovered drawings by Royal Academy founding member Johan Zoffany, presented by London-based art dealer Andrew Clayton-Payne.

They will be on show as part of an exhibition titled “From London to Lucknow: A Re-Discovered Collection of Drawings by Johan Zoffany”, which gives insight into the artist’s working methods.

Karen Taylor Fine Art will also present a long-lost watercolor painting by John Frederick “Spanish” Lewis. The work, which has not been seen in public since 1891, depicts a scene that the artist witnessed while travelling in Spain during the First Carlist War.

It shows a wife pleading for the life of her husband, who was a captured spy of the Christino army, at the feet of the famous Carlist General Zumalacarregui.

London Art Week coincides with the Mayfair Art Weekend, which runs from June 28 through June 30. The event focuses on contemporary art, offering a varied program of exhibitions, events, live performances and talks. CC 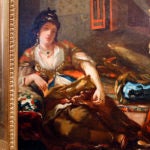 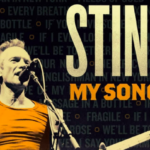 Music legend Sting returns to Manila for his second concert ‘Sting: My Songs’