Heritage Auction is now offering examples of the original artwork for the “Garfield” comic strip, as part of a series of auctions of the Jim Davis Collection.

Both the daily and Sunday installments of the comic strip, which debuted in June 1978 in several American newspapers, are up for sale starting on July 9. 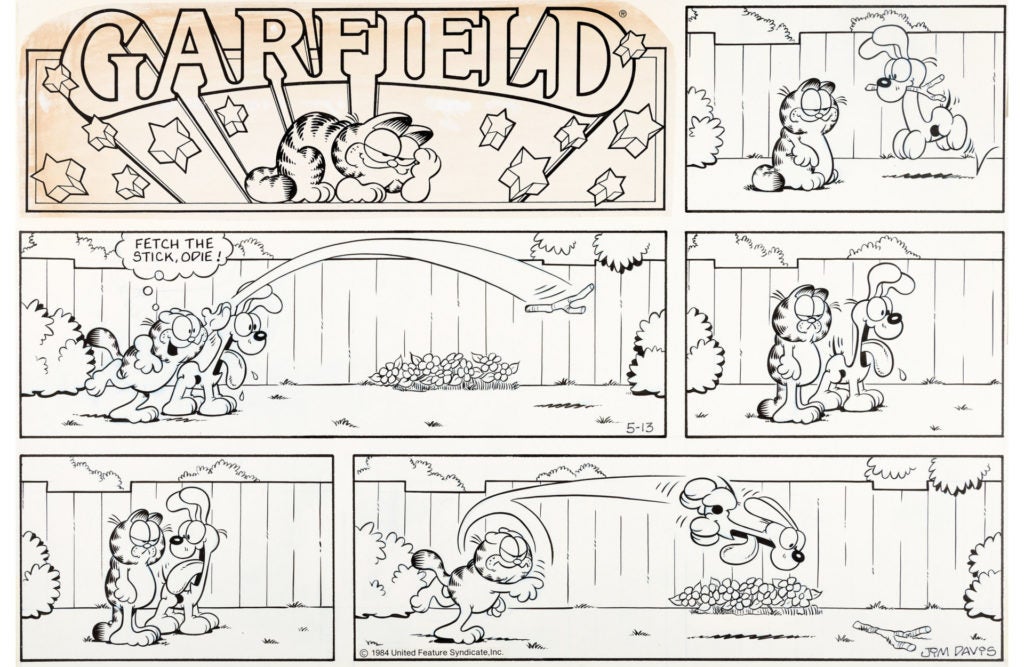 They feature emblematic characters of the comic, including chubby cat Garfield, his owner Jon Arbuckle and Odie the dog.

The auction house will also offer examples from Davis’s other comic strips, including “U.S. Acres”, which was produced in collaboration with Brett Koth.

The comic strip, which originally ran from 1986 to 1989, was centered on a group of barnyard animals, with the main character being Orson the pig.

As pointed out by The New York Times, these auctions come ahead of the downsizing of the headquarters of PAWS, Inc. located in Muncie, Indiana.

The creative house was founded in 1981 by Davis to oversee “Garfield” licensing. Over time, technology has changed the way the company operates, with product approvals and creative sessions now conducted online.

“Garfield” still remains the most widely syndicated comic strip in the world, appearing in some 2,750 newspapers across the globe.