Follow us:
Zoe Scholefield exposed her boyfriend for enforcing strict rules, then having the "audacity" to cheat on her. Image: Twitter/@ScholefieldZoe

LOOK: Woman exposes ex-BF for enforcing strict rules, then cheating on her

A woman blasted her ex-boyfriend for imposing strict rules whenever she goes out, then having the “audacity to cheat” on her.

Zoe Scholefield of West Yorkshire, England, exposed her ex-boyfriend who drew a long list of rules of what she should do during a night out, as he was cheating on her, The Sun reported yesterday, Aug. 12. Scholefield did not state how she discovered his infidelity. 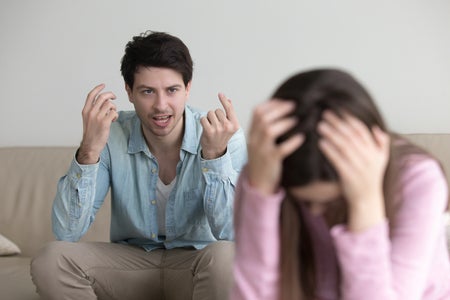 The rules, sent through a text message, were shared on Scholefield’s Twitter account last Friday, Aug. 9. Scholefield’s message contained 12 rules, where her ex-boyfriend said she cannot “get too drunk.” Scholefield’s ex-boyfriend also instructed her to “text me to tell me things so I can see in the morning” even when he is asleep.

“Funny how my ex sent me stuff like this then has the audacity to cheat on me,” Scholefield said.

Funny how my ex sent me stuff like this then has the audacity to cheat on me😍😍 pic.twitter.com/nA28O86u4k

One commenter, @Pinky4367, noted that Scholefield’s ex-boyfriend is paranoid because he tried to control her from “do[ing] what he did” to her.

It’s paranoia. He thinks you’re going to do what he did to you, so he tries to control you. Used to have a mate that did that to his ex

One @AshleyNivens said that “control isn’t affection or love.”

Don't know who needs to hear this but if your partner lists even one of those things then you should show them the door. Control isn't affection or love

Domestic violence bab, you had a lucky escape x

Another commenter, @kristen_maria, blasted Scholefield’s ex-boyfriend for being “incredibly rude and disrespectful.”

So incredibly rude and disrespectful. Your insecurities are not our job to cater to. People who are this distrusting, are that way because their own bad habits, as you stated. Straight up unacceptable. And love how he wants you to call, but wants a heads up first..

Scholefield’s post has gone viral, garnering over 30,000 likes and more than 3,000 retweets, as of this writing. JB