Follow us:
People walk past a painting titled "Two Sunflowers" by Joan Mitchell during a press preview, April 30, 2010 at Sotheby's New York for their spring sales of Impressionist and Modern Art to be held May 5 and 6th. Image: AFP/Timothy A. Clary via AFP Relaxnews

Women artists outperform men when their artworks return to auction

Prices have risen more rapidly for works by female artists than those of their male counterparts over the past six years, according to a new report.

These are the findings of Sotheby’s Mei Moses indices, which tracked the performance of artworks that appeared at auction more than once between 2012 and 2018. 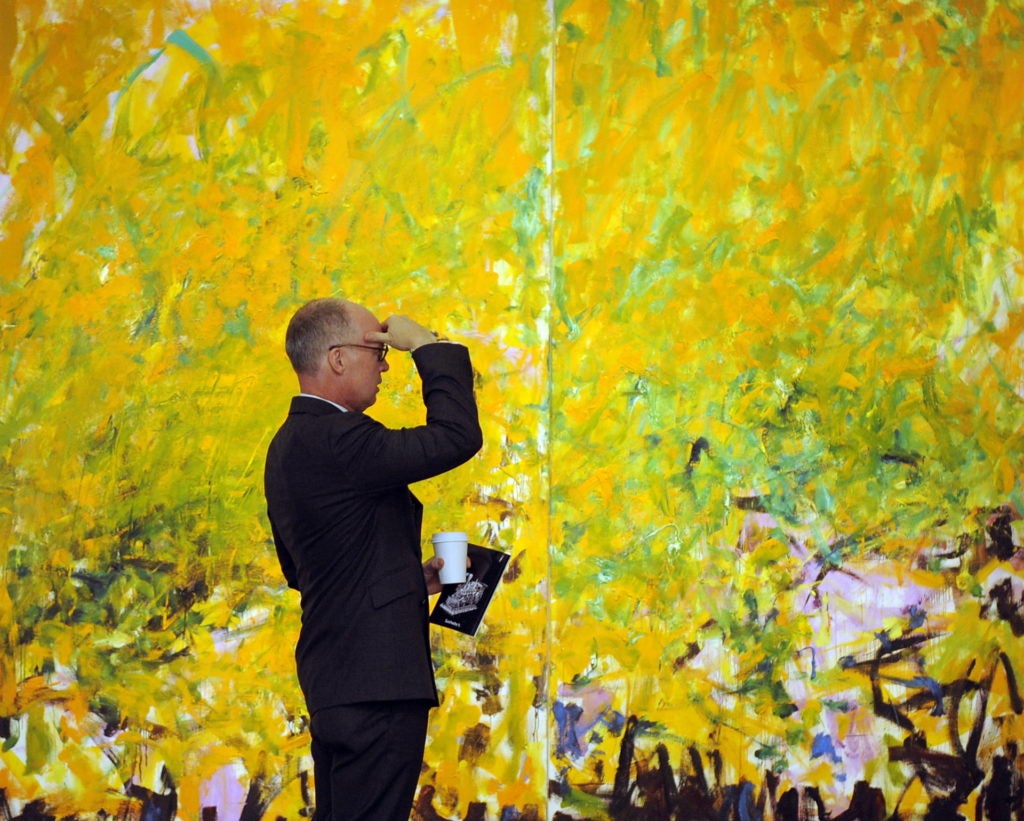 People walk past a painting titled “Two Sunflowers” by Joan Mitchell during a press preview, April 30, 2010, at Sotheby’s New York for their spring sales of Impressionist and Modern Art to be held May 5 and 6th. Image: AFP/Timothy A. Clary via AFP Relaxnews

The report, published by Sotheby’s Art Agency, Partners, reveals that women’s artworks have seen price gains of 72.9% over the past six years, compared with only 8.3% for men’s.

More surprisingly, the study highlights that the resale value for the work by contemporary female artists has been 88% higher than that of their male counterparts.

This trend reflects an ongoing recalibration for female artists in the art market, as works by blue-chip artists are getting scarcer.

Last May, Lee Krasner doubled her auction record as “The Eye is the First Circle” sold for $11.7 million at Sotheby’s New York.

The 1960 painting was notably bought by collectors Emily and Mitchell Rales, who run the Glenstone Museum in Potomac, Maryland.

The market for the work of Joan Mitchell has also recently seen an upswing, as her 1969 canvas “Blueberry” sold for $16.6 million in May at Christie’s New York, setting a new auction record for the postwar painter.

Although female artists are having a moment, the art world is not free of gender inequality. Female artists are still underrepresented in the permanent collections of major museums across United States and Europe.

The gender imbalance is even more noticeable when it comes to the auction records of Jenny Saville and David Hockney, who both are the most expensive living artists.

The same year, her male counterpart became the top-selling living artist with the $90.3 million sales of “Portrait of an Artist (Pool with Two Figures)”. HM/JB