ANi (The Harvest), the first full-length science fiction film in the 15 years of the Cinemalaya Film Festival, promises to transport its audience in the Philippines in the Year 2050.

In celebration of the centennial year of Philippine Cinema, two young filmmakers seek to make their mark on the future of Filipino filmmaking.

Kim Zuñiga and Sandro Del Rosario are set to debut ANi (The Harvest), their first full-length film in the 15th run of the Cinemalaya Film Festival. What makes them different from other storytellers in the film festival is their courage to produce a science fiction – a genre commonly frowned upon by the Filipino audience.

“We promise to bring something new to the table. We’ve always been fond of watching genre films like science fiction and fantasy, and that is how we came up with ANi,” explained Zuniga, who conceptualized and later helmed the film.

A co-production by Cinemalaya, Black Sheep, and Wanderstruck Production, ANi (The Harvest) tells the story of Mithi (Zyren dela Cruz), an orphaned boy who developed an unlikely friendship with a malfunctioning robot named ANi (Miguel Valdes). Together, they embark on a journey to find magical grains that will save the life of his grandfather Mauricio (Ricky Davao).

Inspiration may come from foreign influences, but Zuniga said ANi (The Harvest) is all Filipino. “Our country is very rich with narratives with good resource material to create a story focused on the genre of science-fiction,” Zuñiga shared.

Filipinos are exposed to a lot of Hollywood-produced science-fiction films, but not with local. This is because of the limited filmmakers who are willing to invest in producing such kind of film. Both Zuñiga and Del Rosario took on this challenge and wrote ANi.

Del Rosario explained, “with globalization and fast technological advancement, we envisioned a Philippines that could be built upon a fictional world. Even with a limited production budget, Filipinos can make a film with quality visual effects, perhaps even at par with those produced by international production houses.”

“The challenge is not only creating visual effects but making a story that is grounded in reality and relevant to what’s happening in our country and in our world.” Del Rosario added.

Zuñiga and Del Rosario admitted that producing ANi was a big gamble, but it was a risk they were willing to take to fulfill their dream of producing a full-length film and spark change in the Filipino film industry.

“We hope Cinemalaya enthusiast and the Filipino audience will appreciate the work that we have done so more filmmakers could explore producing more genre films like ANi,” Zuñiga said.

ANi (The Harvest), an official selection to the Cinemalaya 2019, will be shown from August 2 – 13, 2019 at the CCP and select Ayala Malls and Vista Mall Cinemas nationwide. 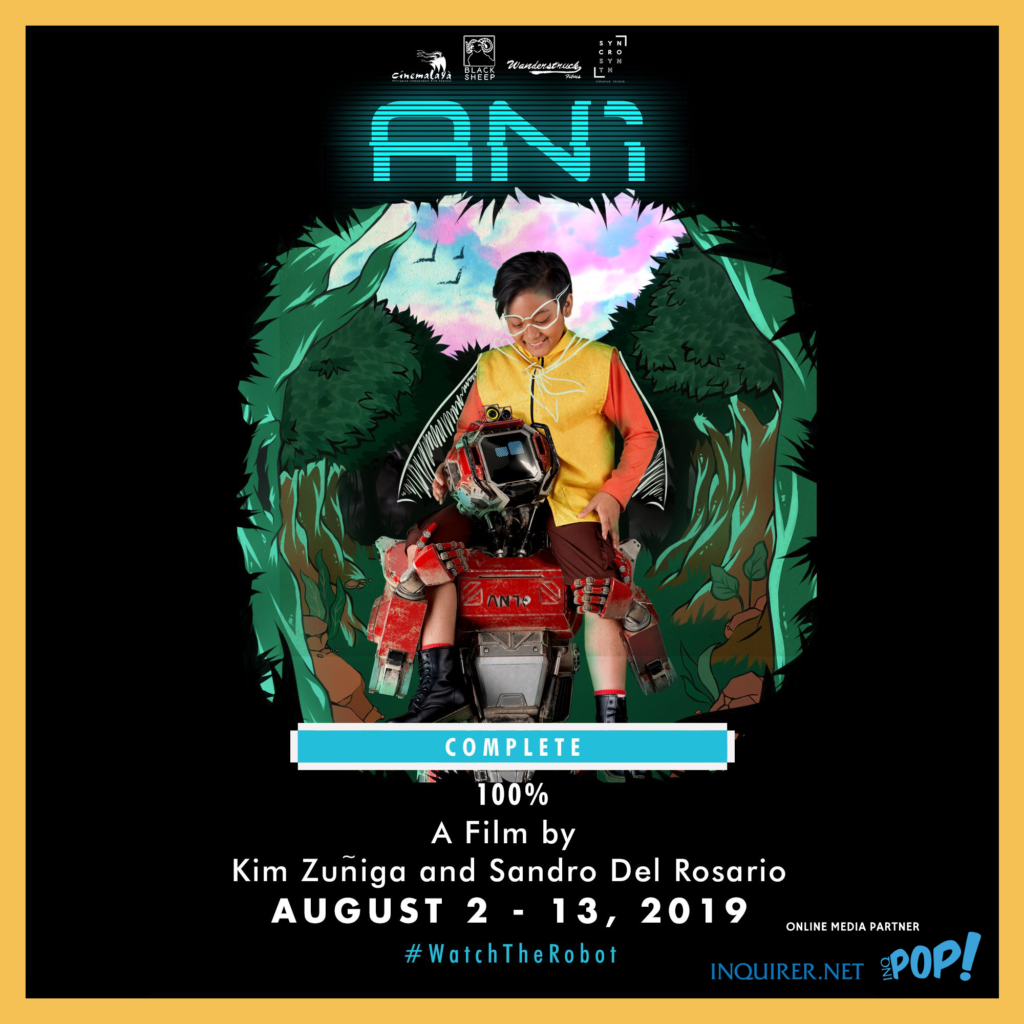