EXO returns to Manila for their ‘EXO Planet #5: ExplOration’

A year after their massive sold-out show in Manila, the illustrious gentlemen from one of the most acclaimed KPop boy groups today, EXO, are back for another spectacular concert tour!

Brace yourselves as Suho, Baekhyun, Chen, Chanyeol, Kai, and Sehun make their return to the Philippines at full speed as PULP Live World proudly unveils the fifth installment of the astounding EXO PLANET Concert Series, EXO PLANET #5 – EXplOration in Manila. The show happens on August 24, 2019, Saturday at the Mall of Asia Arena. 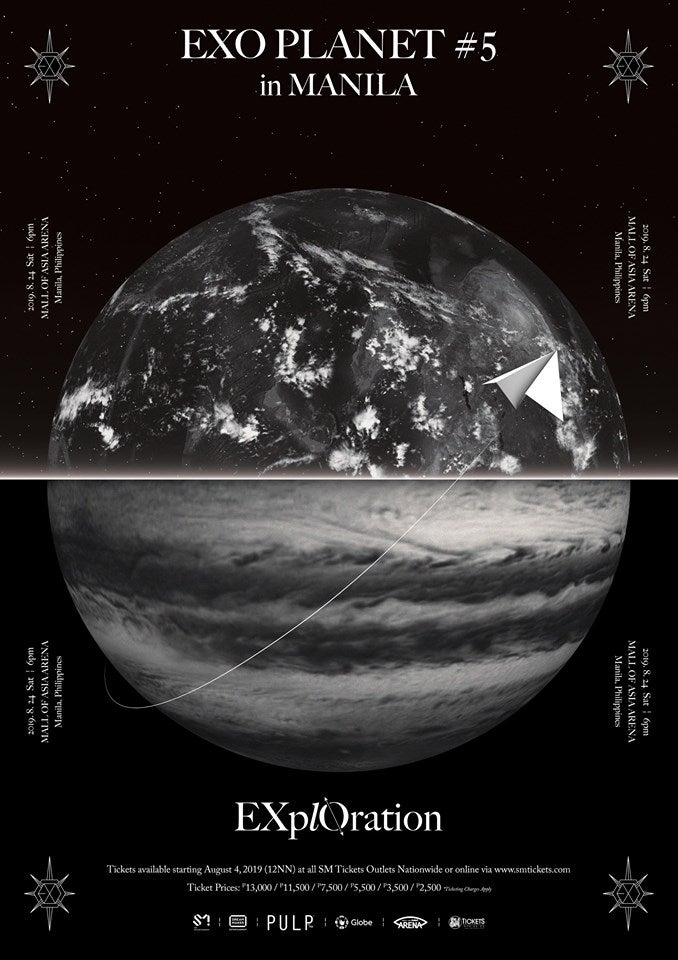 This tour marks the group’s much awaited return to the stage after the tremendous worldwide success of their latest album, Don’t Mess Up My Tempo, and its viral repackaged version, Love Shot. Don’t Mess Up My Tempo is the fifth full-length album of the group which earned them the title “Quintuple Million Seller Artist” after selling over 1.1 million copies in just 10 days. Consequently, this hit album has garnered several awards including the Bonsang Prize from the Golden Disc Awards and made EXO the first ever KPop act to sell a cumulative of 10 million albums in Korea among artists who debuted after the year 2000. At the same time, EXO won the Hallyu Star Award at the 2018 Seoul Music Awards and has also been nominated at the 2019 Billboard Music Awards for the Top Social Artist recognition. Without a doubt, EXO has been constantly outdoing themselves, surpassing each of their achievements, and proving that they indeed are worthy of the numerous titles under their belt.

EXO PLANET #5 – ExplOration is a continuation of EXO’s intricately formed epic narrative of wonder and love for their fans. Its complex metaphor is sure to add a pleasing amount of aesthetic beauty, not just to their hit tracks but also to their much-awaited performance. With their explosive production, the remaining members of the group will definitely make sure that each fan will not feel the spaces temporarily left by Xiumin and D.O, who both have gone on a hiatus to serve their military duties. EXO-Ls (EXO’s fan club name) can still expect that this latest concert tour will attract more fans around the globe as it kicks off with six shows at the KSPO Dome in Olympic Park, Seoul.

Since their first solo concert in Manila in 2015, EXO has been highly anticipated year after year by Filipino EXO-Ls. With a spectacle that’s beyond compare, each EXO PLANET show leaves Filipino EXO-Ls with nothing but amazement and awe of their ethereal excellence. 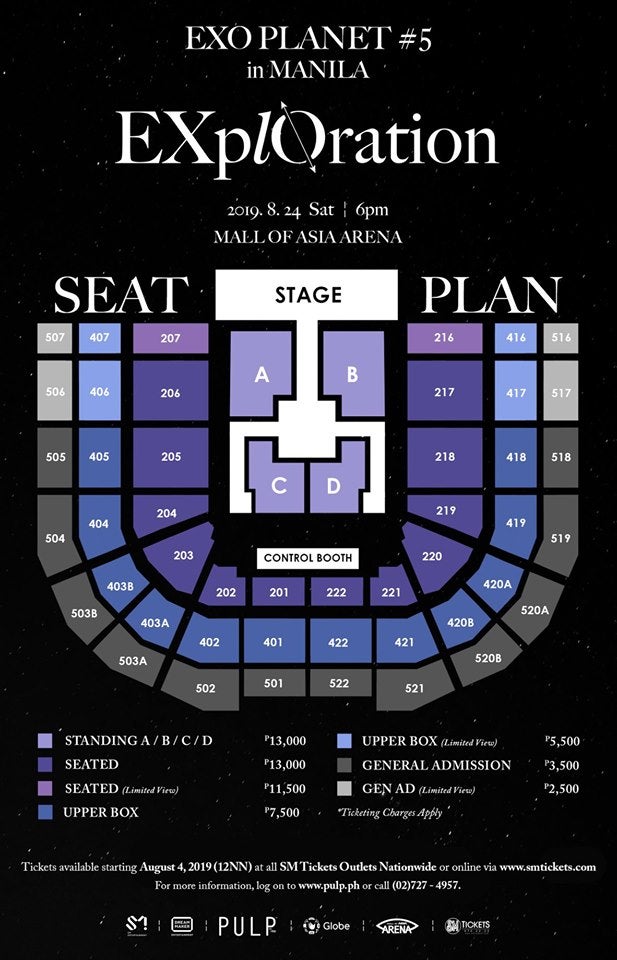 Gearing up for their fiery performances, such as smash hits “Love Shot,” “Ko Ko Bop,” and “Power,” and getting ready to dazzle with their gleaming visuals and a whole lot more, EXO strives hard to produce a fantastic concert tour that fans can always look forward to. This year, Filipino EXO-Ls are blessed to experience the grandeur of EXO PLANET # 5, which is sure to be packed with lots of surprises prepared by these gents.

On August 24, 2019 at the Mall of Asia Arena, EXO will fire their love shots straight to the hearts of Filipino EXO-Ls with their globally renowned concert tour, EXO PLANET #5 – EXplOration in Manila, presented to you by S.M. Entertainment, Dream Maker Entertainment Limited, and PULP Live World, powered by Globe. The show promptly starts at 6PM. Make sure you are there during this galactic event to witness one of South Korea’s Hallyu prides, EXO.

EXO
EXO PLANET #5 – EXplOration in Manila
EXO returns to Manila for their 'EXO Planet #5: ExplOration
Pulp Live World
INQPOP! Stories we think you might also like: