Whether it’s boredom or curiosity, the internet always seems to find a way to pick on Peppa Pig.

If you have seen the children’s series before then you know for sure that the anthropomorphic female pig is always seen in profile. Because of that, someone had decided to draw her from the front and the result was rather freaky. But that news is so 2018 as Peppa Pig has once again captured the internet’s attention—thanks to YouTuber Memeulous. On Twitter, the online user shared a screenshot of the Google search “Peppa Pig height.”

If Google isn’t messing with us, then this 4-year-old pig can actually be part of the National Basketball Association (NBA).

The recent “discovery” spread like wildfire and generated a legion of comments from viewers who are mostly parents—one of which is about her family’s height. Assuming Peppa Pig is really 7ft 1inch tall, does this mean her dad is twice as tall as her?

I actually did some calculations yesterday after seeing Peppa's astounding height pic.twitter.com/HTkZG6T505

Although this seems like a joke, Peppa Pig has had enough publicity especially since she dropped her 16-song album called “My First Album”, last July 19.

More power to you, Peppa! 🙌 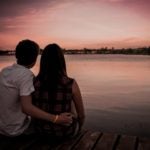 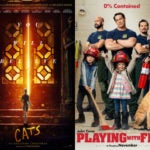 Behold the New Posters for ‘Dora,’ ‘Once Upon a Time in Hollywood,’ ‘Playing with Fire’ & ‘Cats’