Woman wants to marry antique chandelier she bought on eBay

A woman from Leeds, United Kingdom, plans to marry a 91-year-old chandelier she named Lumiere, which she bought from eBay.

Amanda Liberty identifies as an objectum sexual, as per Mirror last Thursday, July 18. 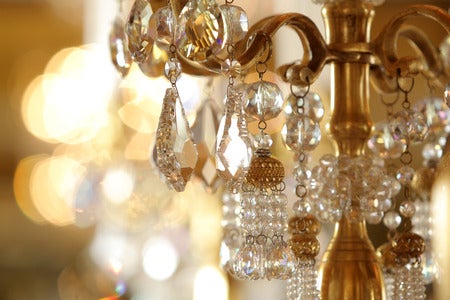 According to Psychology Today, objectum sexual refers to individuals who develop deep emotional and/or romantic attachments and have relationships with inanimate objects.

She says she was in a previous relationship with the Statue of Liberty in New York City, United States. She changed her last name from Whittaker to Liberty while she was together with the statue.

Liberty also admits to being in an open relationship with other chandeliers but will only tie the knot with Lumiere, which she regards as a female, as per report.

The 35-year-old acknowledges that she will not be able to wed her chandelier in the traditional ceremony but insists that her love for the object is as valid as the love between two humans.

“I’m determined to have this commitment ceremony, to prove that I’m here for Lumiere and that my love is going to last,” she was quoted as saying.

“I’m not sure what dress I’ll wear and will invite those closest to us,” she added. “I’ll also be buying matching wedding rings for Lumiere and myself.”

Liberty first saw the chandelier on the e-commerce platform eBay and recalled that she instantly fell in love with it.

“As soon as I’d seen her, I couldn’t stop thinking about her and how beautiful she was — she has such a beautiful shape, and I could feel really amazing energy coming from her,” she said in the report.

“I’m doing this in the hope that people will understand our love, and if not understand it, maybe they could at least accept it,” she added. JB

Student marries self after being asked often when she would tie the knot, have kids