Ghost Month is fast-approaching, should you care?

The origin of ghost month and why it is celebrated

Imagine being hungry for the rest of your life without a way to satisfy your cravings? What could be the worst curse than that? Madame Liu must be really sad in the afterlife, but fortunately, she has a loving son to save the day.

“Mulian rescues his mother”— is a popular Buddhist tale that tells the story of Mulian, a righteous monk who wants to save his starving mother from the life hereafter. Mulian then; asked help from Buddha. The Enlightened One instructed him to offer food and gifts for the monks instead. Grateful for the offerings, the monks prayed for Mulian’s mother. Madame Liu was then resurrected allowing her to eat and put an end to her hunger. The story is thought to be the origins of the Hungry ghost Festival. 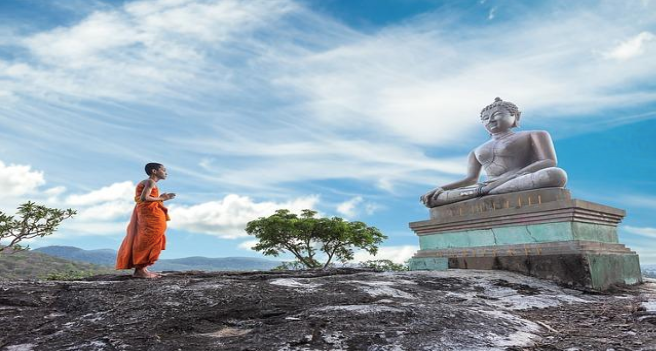 Ghost Month, or the Hungry Ghost Festival, is a Taoist and Buddhist belief that is celebrated every seventh month of the lunar calendar. It is believed that during this month, the gates of the afterlife are opened to allow the ghosts to roam around the Earth.

As spooky as it may seem, in some countries, ghost month is an important celebration to honor and remember ancestors. On the 15th day of Ghost Month, food is prepared for the souls of the departed, vacant seats are also left on the dining table to invite the ghosts to feast with the family. Fake bills and clothes are burnt as offerings and performances are made to entertain the souls–a much-needed escape for the “bored” ghosts indeed.

The tradition started in ancient China and is now celebrated in countries like Indonesia, Singapore, Malaysia, and Taiwan among others. On this month it is also believed that unfortunate incidents might happen and that spirits are stronger on the 15th day of the seventh month. Holding a special event and occasions such as wedding, christening and even contract signing are averted. Planning a trip is also discouraged.

The Ghost Month can be spine-chilling but worry not, because the universe always aligns and finds ways for us to get exempted in this spooky celebration.