Follow us:
Sisters Zaria and Hailey picking out books from the Dover Public Library to read to their audience. Image: Facebook/Zaria X Hailey

Sisters read books on FB so kids would have bedtime stories 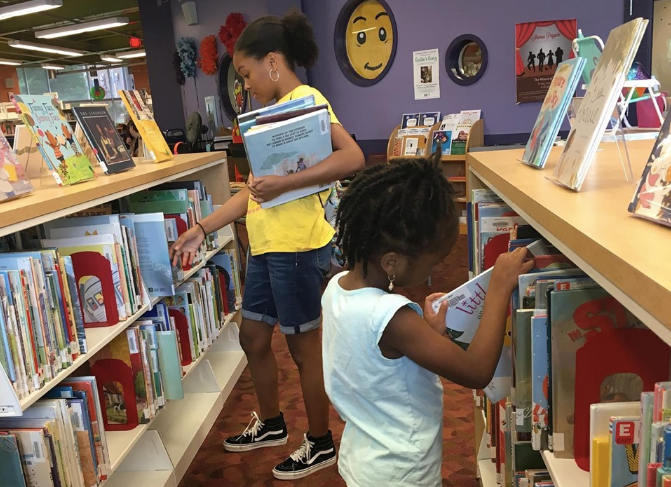 Sisters Zaria and Hailey at the Dover Public Library where pick out books to read to their audience.  Image: Facebook/Zaria X Hailey

Two sisters from Delaware, United States, have taken reading to Facebook live videos to ensure other kids have bedtime stories to listen to.

Thirteen-year-old Zaria and 8-year-old Hailey Willard, who hail from Dover City, go to the library every week where they pick out the books they will be reading, as per Good Morning America on July 16. Zaria and Hailey are black and make it a point to choose books with characters who look like them.

“Every night we just talked to each other until we fell asleep,” Hailey also said. “We begged our mom to let us read on Facebook to help other kids fall asleep.”

Their mom, Victoria Willard, seemed uncertain at first about her daughters going on social media, but realized she could not hold them back from making a difference.

“People are mean online… I couldn’t hold them back from that,” said Willard. “I’ve been reading to them since they were in the womb. My house is full of books.”

Despite their newfound fame, Willard has a few rules for her daughters when it comes to their social media use. They are not allowed to respond to messages or comments before she sees them first, for example, and they also are not allowed to use their phones at the dinner table and past 9 p.m. Letting fame get to their head is also a no-no.

Zaria and Hailey’s Facebook page, “Zaria X Hailey,” has over 7,000 followers as of this writing. As per the report, the sisters are also currently working on a children’s series of their own.  Cody Cepeda /ra