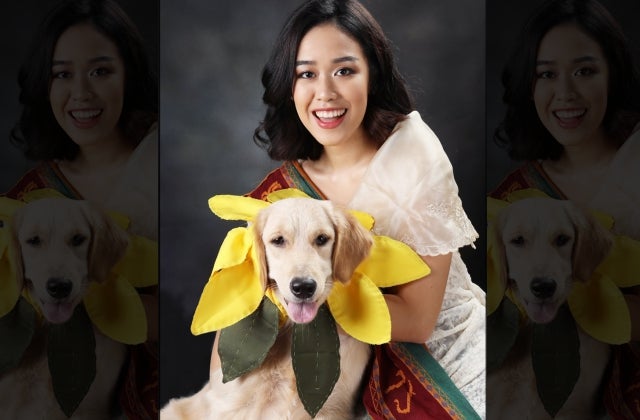 Every dog-to-owner love story comes with a different beginning.

For some people, their stories may begin with a touching tale of adoption, while others may tell a story of a chance encounter with their would-be fur babies. Whatever narratives they choose to share, one thing’s for sure–their love for their pets will always be unconditional and special.

In fact, many of these individuals even choose to commemorate their pets with sentimental tattoos and quirky photographs. One example of this would be the graduation photo shoot of UP Graduate Mikki Malonzo.

Check out her paw-some shoot with her one year and three-month-old Golden Retriever, Waffles!

In her Facebook post, Malonzo says Waffles helped her get through the most difficult moments of her thesis.

“Ah, my thesis was a bit of a mental challenge, to say the least. There were instances I groused out loud, and asked Waffles, ‘how the hell do I program a new software for a psych test?!’ Then, she would just look at me, pant, stick her tongue out, and then flop on her belly for rubs. She, for real, made my brain stop running a mile a minute. She also made me think that it’s okay to sometimes take a break and just enjoy these moments with her,” she tells InqPOP!

So, it’s not surprising that Malonzo opted to include her fur baby in her graduation shoot. Donning a sunflower costume made by her owner, Waffles smiled as the photographer continued to take photos.

“Initially, it was very difficult getting Waffles to pose for the camera, especially since she’s such an energetic girl. We plopped her on the chair beside me, but she was still very wiggly. I had to hold her tight,” she recounts.

Malonzo advises dog lovers to have extra help when it comes to taking photos with their pets. She also says that having treats on hand will help in getting your dog’s attention.

“My two sisters stood behind the photographer and dangled treats so that Waffles would face the general direction of the camera–which is a good tip, by the way! Remember to bring extra people to get a dog’s attention, so the photographer wouldn’t be too burdened with trying to get your pet to smile for the camera.”

Thanks to Malonzo and her sisters, we’ve got these cute photos of Waffles to enjoy. Thanks, Mikki and Waffles! 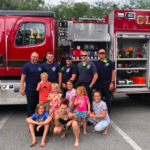 As friends fail to show up, boy’s 7th birthday is attended by firefighters, with sirens blaring 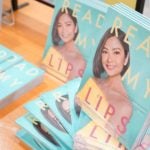