How the world is celebrating #BourdainDay

How are you celebrating #BourdainDay?

That’s what Anthony Bourdain’s BFFs chefs Eric Ripert and José Andrés wanted to know, during what would have been the raconteur’s 63rd birthday yesterday, June 25. 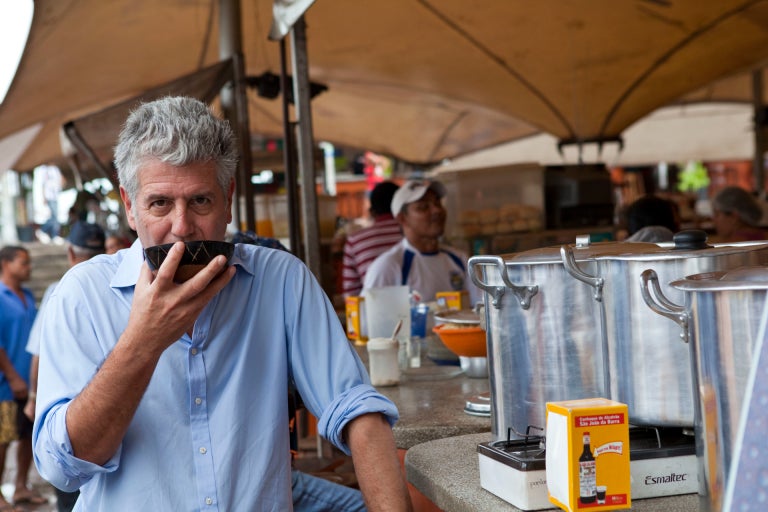 The premise is simple: to celebrate the life and legacy of the writer, food TV host and celebrity — whose death last summer caused a ripple effect around the world — by sharing memories and tributes on social media.

Fans are invited to post photos, tributes and videos by raising a glass, tucking into their favorite meal, any way they like, to social media using the hashtag #bourdainday.

Andrés and Ripert kick-started the movement from Singapore early Tuesday where they are attending the World’s 50 Best Restaurants gala, raising pints of beer to the skies and wishing him happy birthday.

“We hope everyone is celebrating in their favorite place anywhere around the world and they’re going to put a video up.”

Bourdain’s food shows and travelogues “No Reservations” and “Parts Unknown” attracted millions of fans around the world for breaking barriers and moving beyond clichés and for the host’s own searing, sharp and unfiltered views of the world.

When news broke of his death by suicide last year, the outpouring of grief came from all corners of the planet — a testament to his reach.

Travel e-zine Roads and Kingdoms, for which Bourdain served as editor-at-large, is compiling its favorite Bourdain Day tributes from social media.

Here are a few early tributes:

Collaborating with @ketones6000 I believe we have brought something very special to the streets of London to celebrate #bourdainday a call to action by chefs @ericripert and #joseandreas #gonetoosoon pic.twitter.com/maf738NuiA

…for we may or may not ever all be here again. pic.twitter.com/gMlgM5Q7xQ