Where do you even begin when you’re enlisted to play Elton John, one of the most famous people on the planet? Not just that, but one who the planet itself already has an acutely ingrained idea of? How, in other words, do you find the real man underneath all those spectacles, sequins, tantrums and tiaras?

“That was a question I absolutely asked myself,” says Taron Egerton, the actor tasked to portray the music superstar in Paramount Pictures’ Rocketman. “So, in the end, I just asked him.” 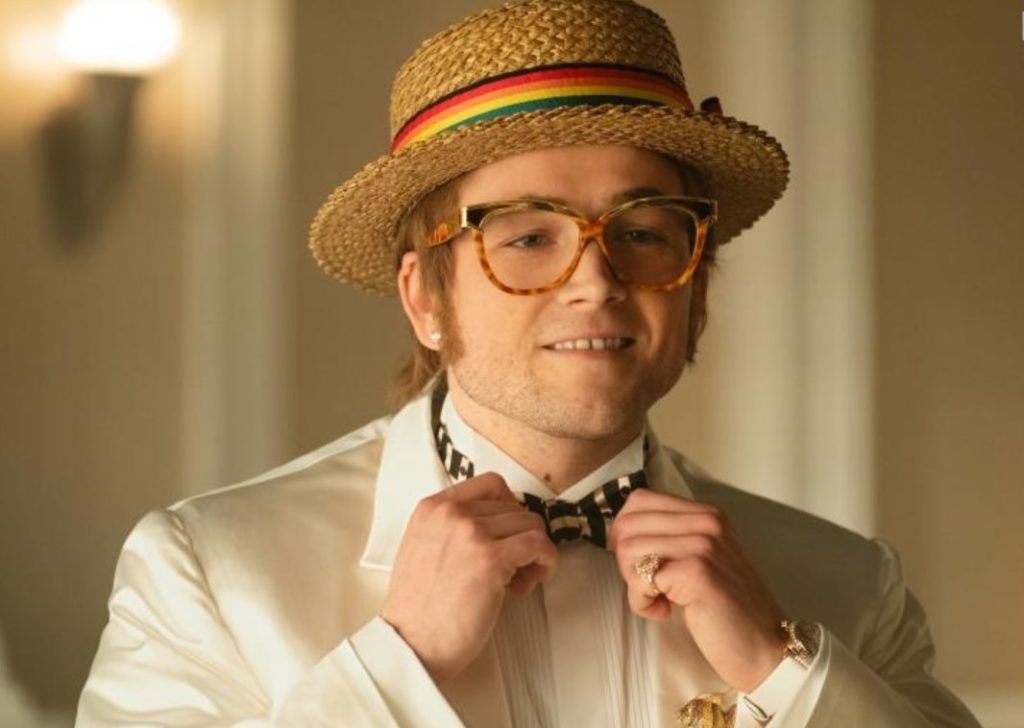 “There was nothing off limits,” says Elton John of the process the pair went through to bring his story to life on the big screen. “That’s part of sobriety and learning to be open. There’s nothing you can’t talk about and communication is everything. I knew that if Taron was going to play me, he had to know everything. And he was so thirsty for knowledge. We just talked, like mates. It wasn’t like an investigative process. I think that’s why Taron has been so brilliant in this role, because a lovely friendship has developed because of this.”

For Egerton, these talks had a dual benefit. “One, there was nothing I felt I couldn’t ask him,” he says. “And, two, I felt very quickly that he wanted to get to know me and wanted to be a part of my life. So, the whole experience of playing him felt very personal, very quickly. And there are some similarities between us. What strikes me most is that he can simultaneously be this huge personality and command the room, but, at times, he is also the most vulnerable person I’ve ever met, and I feel that way about me. I feel that I’m someone who can be quite vulnerable and feel things very acutely. I think I share the same strength of character, but also the same emotional extremes and the same frailties.” 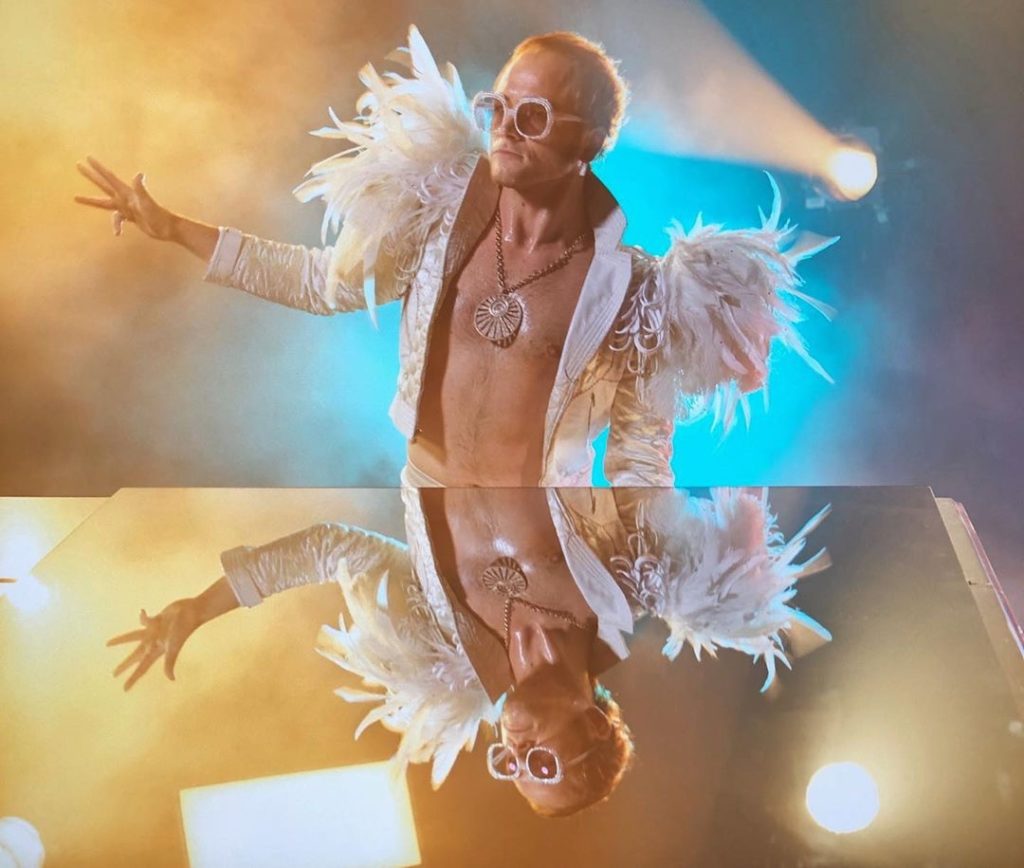 Put simply, Egerton doesn’t play Elton John in Rocketman; he transforms into him. “Taron’s great strength as an actor is that his vulnerability is something you can just sense; he doesn’t have to play it,” says director Dexter Fletcher. “And that’s essential when you’re playing someone who has this perceived veneer of toughness. What I mean by that is that Taron can play tough and difficult situations and characters and still maintain a sense of loneliness, a sense of needing somebody or something. When Taron does scenes like that, they don’t feel venal and self-centered or just plain nasty. It always feels like it comes from a place of need. And when you allow your audience to understand that this person, no matter what their behaviour is, is behaving this way because they need someone or something, it’s a massive bonus. Oh, and beyond that, he can sing like an angel…”

Egerton’s ability to sing Elton John songs has been proven before, his belting out of ‘I’m Still Standing’ in the animated smash, Sing, having not gone unnoticed on the global stage. But nothing will prepare people for his performances in Rocketman. Given free reign by John himself, to not just do an impersonation but to make these classic tracks his own, Egerton brings entirely new life to songs that have been beloved for generations, often recording his own versions of them before sending the vocals to John for his seal of approval. A seal that was happily and readily given. 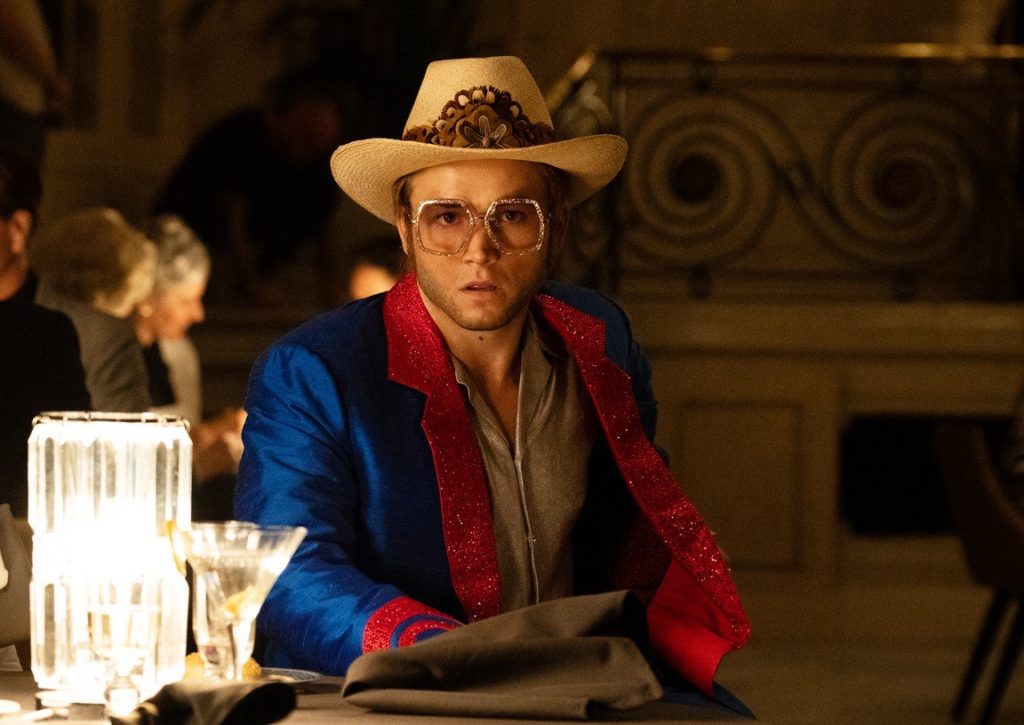 Egerton was, says Fletcher, not just the right man but the only man for the job. “He has this incredible instrument, this voice, that he loves to use,” the director says. “But I can’t imagine anybody else who would have done such a physical transformation. It’s a very scary place to be for an actor, to step out onto the ledge, to face your fears and deliver. And Taron has done that beyond anyone’s wildest expectations.”

“It’s hard to put into words what this whole thing has meant to me,” Egerton says. “The experience of playing Elton has genuinely been nourishing to my life. Going hand in hand with that, there was just getting to know him. I feel so lucky. He gave me no advice how to play him and as a support, he has been very present, but he has not been someone who lent on me or guided me. He knows, because of what he’s been through in his life, that you have to give someone space to get the best out of them. He gave me real license and I am so grateful for that. I’m proud to say that through this, Elton John has become a friend.”