Sotheby’s announced that it will relocate its future Aboriginal art auctions from London to New York, a sign of increasing global interest for Australian indigenous art.

The first Aboriginal art sale of Sotheby’s is set for November 2019. It will mark the first time an international auction house sells indigenous art outside London or Australia.

Timothy Klingender, the auction house’s senior consultant for Australian art, stated that “interest in the field has grown continuously” over the past two decades.

“It is now collected in depth by many of the world’s leading museums and private collectors,” he said in a statement.

Sotheby’s has been a leader in Australian indigenous art, holding the record for the highest price achieved for an Aboriginal artwork in an auction. In 2007, the painting “Warlugulong” by the late Clifford Possum Tjapaltjarri sold for $2.4 million (about P86 million) in Melbourne.

The move of the sale signals a growing awareness of Indigenous art outside Australia. The movement was initiated 30 years ago when the landmark exhibition “Dreamings: The Art of Aboriginal Australia” came to the Asia Society and Museum in New York City.

Although booming, the market for Australian Aboriginal art suffers from controversies over authenticity and provenance. The Arts Law Center of Australia estimated that 80% of Aboriginal arts and crafts sold in shops are inauthentic.

In 2001, art dealer John O’Loughlin was convicted and sentenced for Aboriginal art fraud after selling fake artworks attributed to Clifford Possum Tjapaltjarri. Some of the works were purchased by international institutions, such as the Museum of Contemporary Art in Sydney and the Art Gallery of New South Wales.

Despite controversies, auction houses are one of the institutions demonstrating a growing interest towards Australian indigenous art.

New York’s Gagosian Gallery is currently presenting the exhibition “Desert Painters of Australia” featuring work by leading painters from the central and western desert regions such as Makinti Napanangka and Naata Nungurrayi.

The artworks come from the Kluge-Ruhe Aboriginal Art Collection of the University of Virginia and the private collection of actor Steve Martin and his wife Anne Stringfield, which will be displayed through July 3. HM/JB

Titian masterpieces to be displayed together in major traveling exhibition 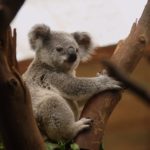 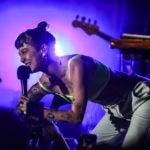