OPM Rap Icon Gloc-9 continues to make his mark in the industry with yet another fresh collaboration which made its debut at the top of two iTunes Philippines charts.

The track is non other than Maleta, a collaboration with the talented singer-songwriter Julie Anne San Jose, who is also an artist under Universal Records Philippines. This marks the first time the two OPM giants are collaborating on an original track, as they have previously performed together in various television shows and events in the past. Timely too, after Julie dropped a fiery-hot performance of Gloc-9’s verse on the Parokya Ni Edgar classic Bagsakan (feat. Francis M and Gloc-9) during a spot number of the GMA-7 musical variety show Studio 7. 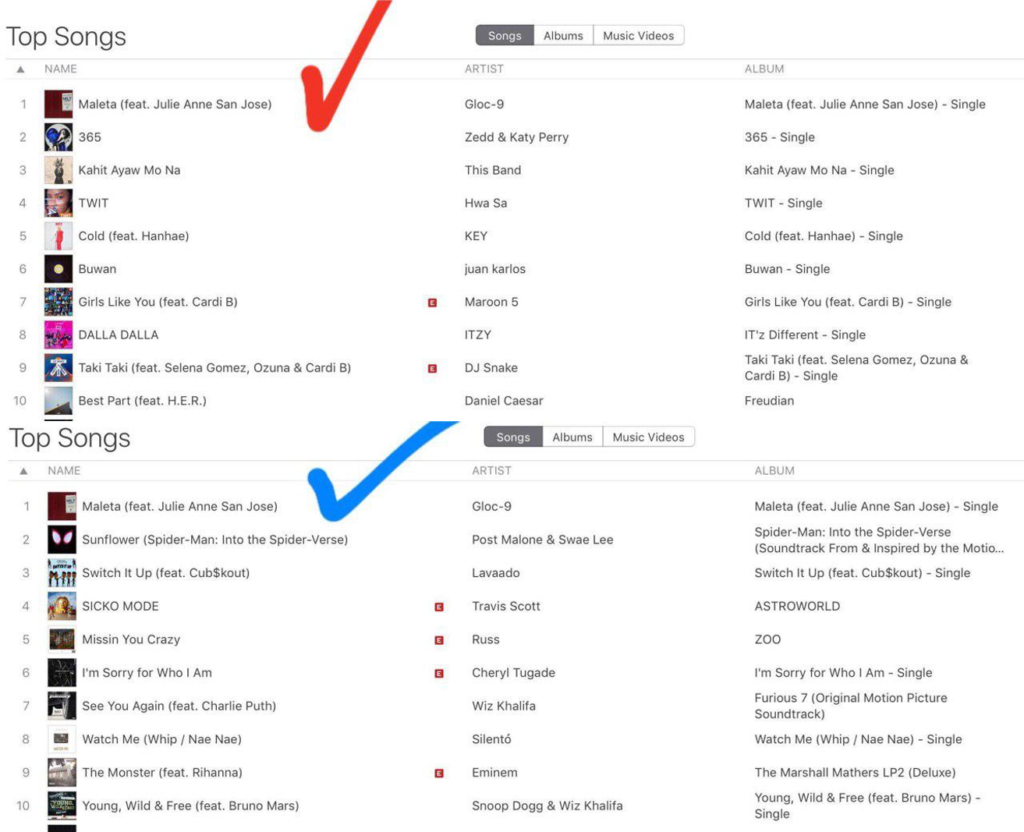 Prior to its release, the track was already Number 1 on the list of iTunes Philippines Pre-Ordered songs, which inevitably led to its top debut on not one, but two charts on iTunes Philippines – namely the All-Genres Chart and the Hip-hop/Rap Chart.

Talking about the song, Gloc says “Goodbye song ko ito sa rap na ginawan ko ng kwento na parang relationship sa isang babae (this is my goodbye song to rap, which I likened to being in a relationship).” Though this is in reference to thoughts about staying in the rap scene, there seems to be no stopping the rap icon from putting out fresh music that still resonates with long-time fans and new fans alike. Maleta is released as a single ahead of Gloc-9’s upcoming EP which is expected later this year. The track will be included along with “Lagi,” a collaboration with fast-rising Pinoy rap artist Al James, which has now garnered over 4.2 million views on YouTube. Aside from this, Gloc also penned and appeared on the track “Pamaypay” with R&B singer and Tawag ng Tanghalan-alum JKris, and has had various collaborations with Shanti Dope, which clearly indicates his support in grooming the next big acts in OPM and the Hip-Hop scene in the country.

Maleta is now available for streaming on iTunes, Apple Music, Spotify, Deezer, and Amazon Music. Watch out for its music video soon!