One moment that left a mark in the world was the unexpected photograph of a sailor kissing a nurse during the end of the bloodiest and costliest war in history.

George Mendonsa and Greta Zimmer Friedman were photographed in 1945 after the war ended – as the iconic photo took place in Times Square, New York City.

In a 2015 interview with CNN, Mendonsa described what happened during that very moment.

“So we get into Times Square and the war ends and I see the nurse,” he told CNN. “I had a few drinks, and it was just plain instinct, I guess. I just grabbed her.” 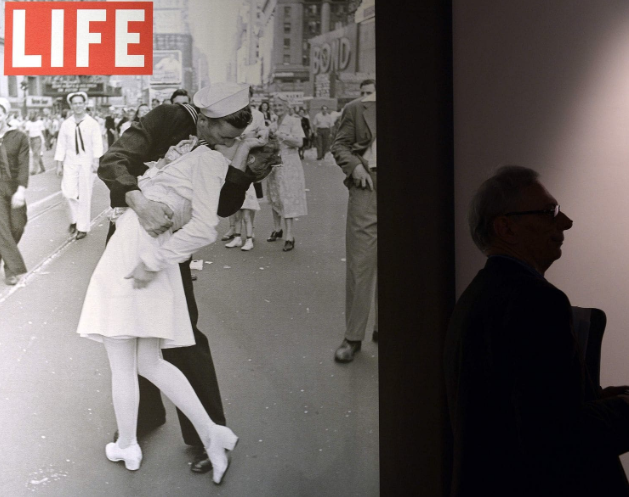 Greta Zimmer Friedman also stated in one of her interviews that the kiss that happened between her and George Mendonsa was not consensual nor romantic in any way.

“He was just holding me tight. I’m not sure about the kiss… It was just somebody celebrating. It wasn’t a romantic event. It was just … ‘Thank God, the war is over,” she shared with the Veterans History Project back in 2005.

Since these details were revealed, many were not only outraged by Mendonsa’s actions but they were also disgusted by the photo, in general. And with the recent #MeToo campaign –  a movement that started in Hollywood to expose the industry’s rampant sexual misconduct and then later, transcended to other industries to become a global phenomenon – taking over the news today, it’s not surprising that some activists chose to make their actions known during Mendonsa’s death, last February 17. 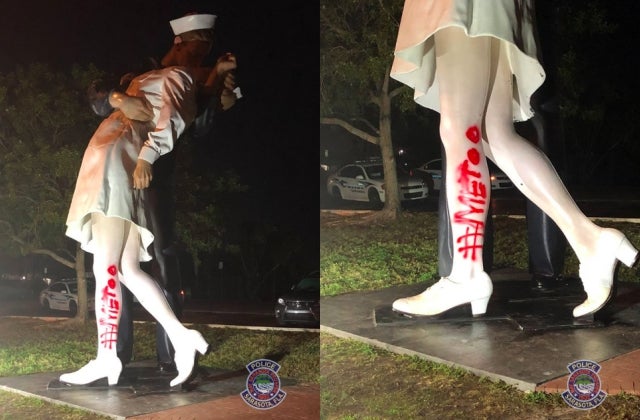 Because following the serviceman’s death at the age of 95, vandals attacked the statue of “Unconditional Surrender” in Florida which depicts the famous photograph of Mendonsa’s kiss.

Police in Florida are now looking for the vandal who painted #MeToo at the statue. But as of writing, the graffiti has already been removed.

Since news of this circulated the web, some netizens seemed to agree with the vandal’s sentiment. While others were quick to defend the sailor’s action during that time. 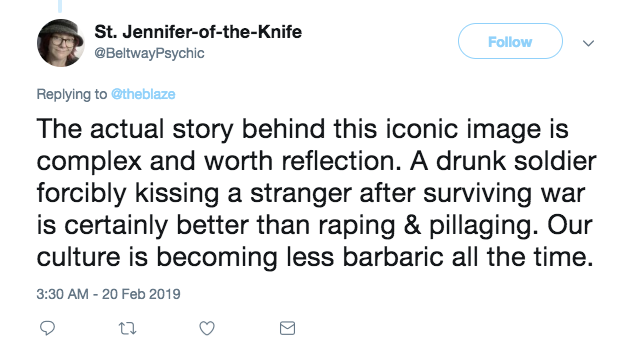 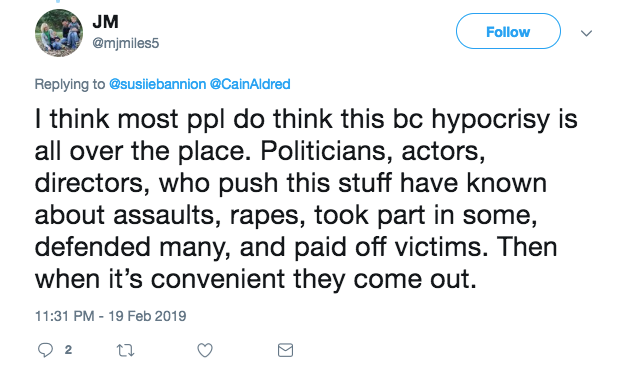 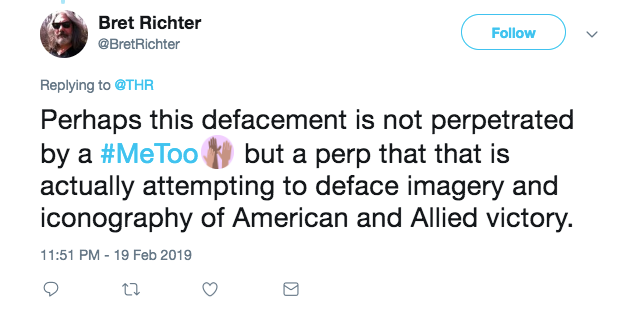 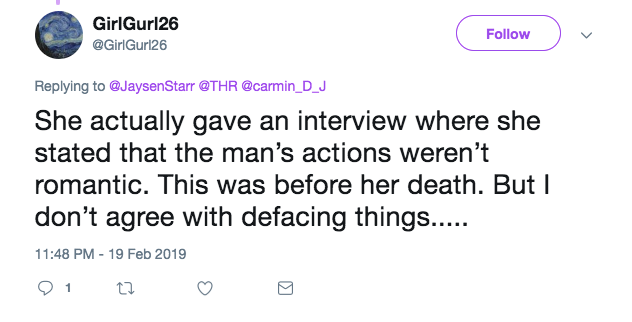 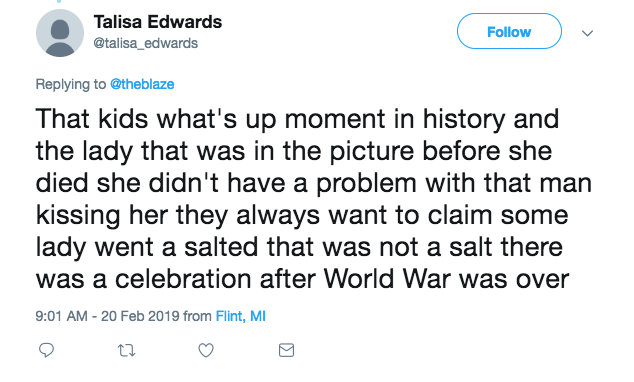 There are two sides to every story. Before making any harsh judgment why don’t we try to understand both situations first?/FM

WATCH: Three must-watch TED talks by women in support of the #MeToo movement

This shampoo ad about transgender women is so beautiful and liberating, it will make you cry