Dog show enthusiasts know just how overwhelming it is to have a whole room filled with different breeds of doggos. From the fearless German Shepherd to the utterly adorable Bichon Frise, you can find almost every kind of canine in contests like this. And on some, rare occasions, these events even allow bystanders to interact and pet the dogs from the competition.

Luckily, for dog lover Sally Kuchar, the 2019 Golden Gate Kennel Club Dog Show allowed attendees to do just that. So, last January 26, 2019, she accomplished her mission of petting 100 dogs from the event.

I’m at a dog show. The goal is to pet 100 dogs. pic.twitter.com/9IbbSAmPui

Through her Twitter account, Kuchar was able to document all of her sweet encounters with the competing doggos.

Here were some of the furbabies she got to meet in the show:

Since she uploaded the videos, a number of Twitter users commended her for accomplishing such a ‘paw-some’ goal. 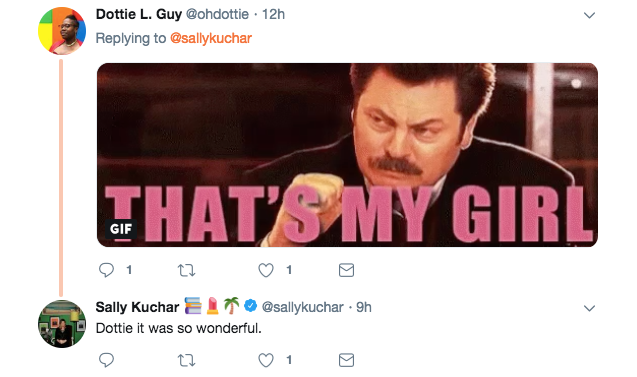 Sally Kuchar definitely lived out every dog lover’s dream! Here’s to hoping she’ll be able to document and pet some MORE fur babies on her next visit to a dog show. 🐶

WATCH: Dog reunites with owner who has Alzheimer’s Disease