Fans of the HBO Fantasy series “Game of Thrones” got a special treat this month as the 2019 Golden Globes Awards show featured a snippet of what viewers can expect in the series’s final season. This included a very short clip in which the Lady of Winterfell, Sansa Stark, meets the Mother of Dragons, Daenerys Targaryen. 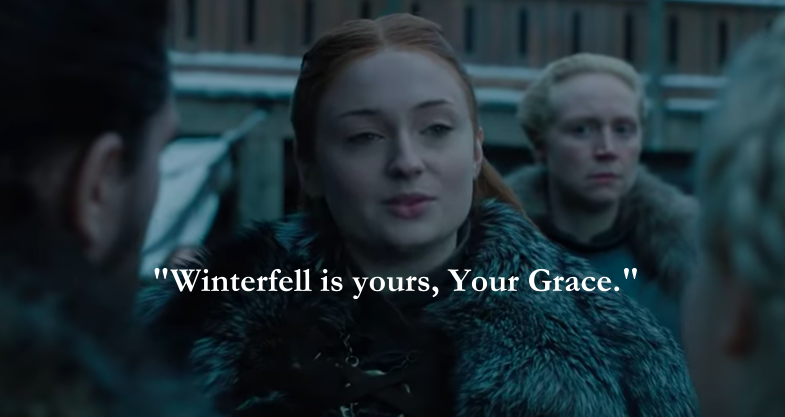 Although the clip was only around 2 seconds long, fans of the show were in a frenzy over these characters’ tense meeting.

Here are some of their funniest reactions to the video:

#GoldenGlobes
*Gets a 2 second clip of #GameofThrones *
Everyone: pic.twitter.com/tUpdyHQbPd

“Winterfell is yours, Your Grace.” — Sansa with the greatest side eye EVER. #GameofThrones pic.twitter.com/X7GaMSlpNB

So the Starks spent years fighting to get winterfell back, then Jon just handed it over to Dany (mother of dragons) in one scene. Wow.
I can see why sansa is not happy here. This is a mess, no matter how much we like Dany.#gameofthrones pic.twitter.com/KgZ7Rq25AP

The sex must have been good on that boat 👀 #GameofThrones pic.twitter.com/zXt1BgqV8Z

Watch the trailer to ‘Nightflyers,’ the new TV series based on the novella from the author of ‘Game of Thrones’

LOOK: 13 of the best Mean Girls and Game of Thrones crossover GIFs on the internet