Even though its last episode was aired 14 years ago, Friends continues to generate billions of dollars per year – thus proving that the timelessness and popularity of the series.

And recently, Friends fanatic and data scientist Yashu Seth’s research has been making its rounds on the internet as he tried to figure out who among the six main cast members is the lead character.

First, Seth downloaded the transcripts of the entire show. Then, he sorted through the episodes using exploratory data analysis based on character’s lines, number of words per character, and the number of individual screen appearances.

These are the results:

The graph shows that Rachel and Ross are almost on the same level in terms of the number of lines delivered, while Phoebe has the least speaking scenes.

In the number of words category, Ross and Rachel remained to be the highest with an average of 100K words spoken.

Well, the last parameter clearly shows that Ross remains on the lead.

“For this part, I consider[ed] scenes in which only one character among the six was present. This also counts scenes where other supporting characters were present but with only one of these six,” Seth explains.

Through these findings, Seth concluded that Ross is the lead character of Friends.

“It is really close between Ross and Rachel. But, Ross beats Rachel by a significant margin in the individual scene appearances. Besides, there was very little difference between them in the other parameters. Hence, I will have to give it to Ross.”

Whoever is your favorite Friends character, we can say that they are absolutely funny. And if you’re looking for a fancy romance or a knee-slapper comedy show –  Friends is a binge-worthy series. To know more about it, you can watch “Let’s Be Friends” Boleh Binge Review by Bersama Aidil and Iedil on iflix.com. 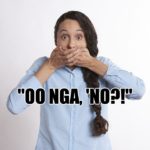 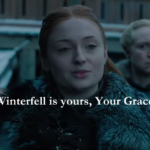