Fans were heartbroken when Adventure Time premiered its final episode last September 3, 2018. Though it was a tearful goodbye for many viewers, Jake and Finn’s adventures will always have a lasting impression on the memories of fans. And even though their time on TV is over, this era of great animated shows has only just begun!

One show, in particular, we think you should be paying close attention to is “We Bare Bears.”

Centered on the wacky experiences of brothers Grizzly, Panda, and Ice Bear, We Bare Bears is a sweet and hilarious animated series that will have you glued to your television sets and streaming devices.

In case you needed more convincing, here are 5 reasons why you’re going to love watching We Bare Bears:

Each episode is only 20 minutes long

If you’re looking for a show that is quick and entertaining, then you are going to enjoy We Bare Bears! Each episode lasts only 20 minutes and consists of funny quips and interesting tidbits from the characters.

Each character is diverse and unique

All the bears have distinct personalities that make them unique in their own right. Grizz, for instance, is fun and outgoing yet slightly gullible.

On the other hand, Panda has a slightly more reserved personality who loves to go on dates. And Ice Bear is an introverted spirit who enjoys speaking in the third person and cooking for his brothers.

In addition to the bears, the show also features Korean genius Chloe Park, the egotistical koala Nom Nom, and the friendly bigfoot Charlie.

Brotherhood is at the core of the show

Even though they bicker and fight, at the end of every episode, the love they have for one another is real and that’s something refreshing to see in a cartoon series!

You’ll die of cuteness from their “baby” episodes

Some episodes of the show feature flashbacks of the bears as babies. And their pudgy bodies and chubby paws are so adorable, you’ll pass out from a cuteness overload!

It will leave you ROFL!

Last but not least, you’ll be left laughing at the end of every episode because of the interesting plot and the characters’ hilarious antics!

You can now watch episodes of We Bare Bears on iflix. Visit iflix.com to see the selection of shows you can watch today! 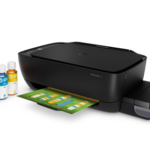 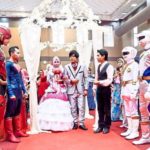