Chris Hemsworth in ‘Bad Times At The El Royale’

Set in the late 60s, the ingenious plot revolves around seven strangers with dark secrets, who cross paths at a rundown hotel right on the border of Nevada and California. Over the course of one fateful night, the lives of these individuals become entangled, as mysterious and shocking events unfold. Everyone at the hotel El Royale has something to hide and it is impossible to know who to trust. 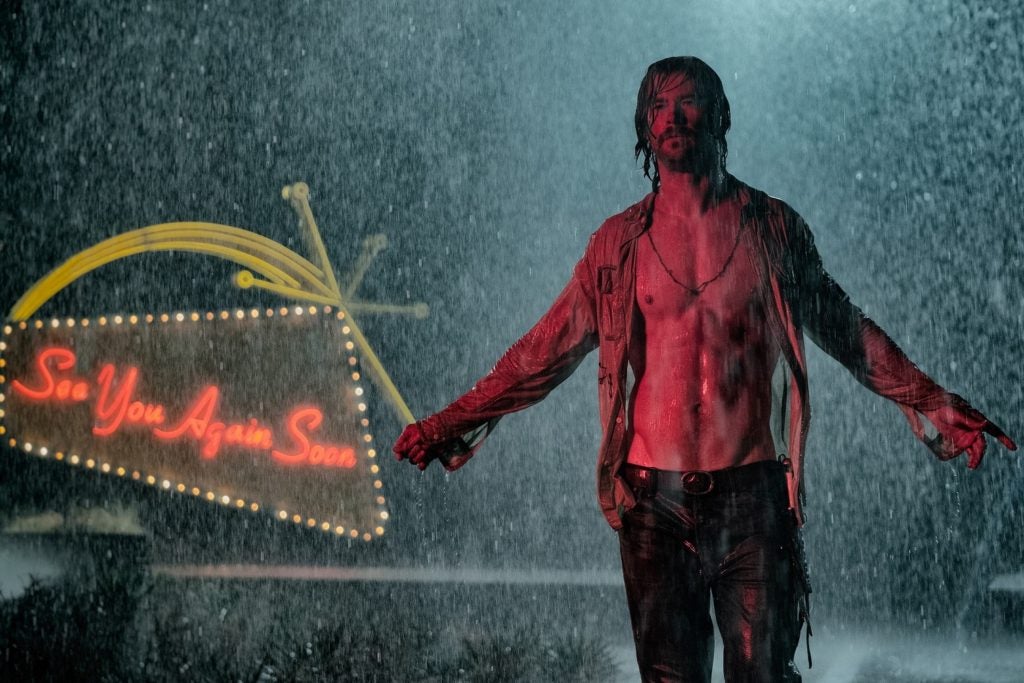 As the lives of the characters become inextricably entangled, we meet Billy Lee, an egomaniacal cult leader, played by Chris Hemsworth in a role unlike any he’s tackled in the past. “Billy Lee sees himself as a God-like figure. He believes he’s rescuing people and saving them from ‘the system’ or from the government or forces that are controlling all of us. He is saying, ‘There is another way; look how we can live in peace and warmth and love one another.’ But it is all a façade for his own psychotic ego. He is essentially a lost soul himself. I desperately wanted to do something like this and not just for the sake of being a villain. This role meant digging into the psyche of someone a bit further. It was also the most free I’ve ever felt, because there is so much texture to the role,” says Hemsworth, who previously worked with Goddard on The Cabin in the Woods.

Chris Hemsworth having worked with Goddard before, was already a huge fan, but even so, says Hemsworth, the script “is one of the best things I’ve ever read. It is fresh, unique, full of drama and sinister humor, complex and layered. The chaos just builds and builds and becomes this house of cards that all goes very pear-shaped. It’s wildly unpredictable and intense.” 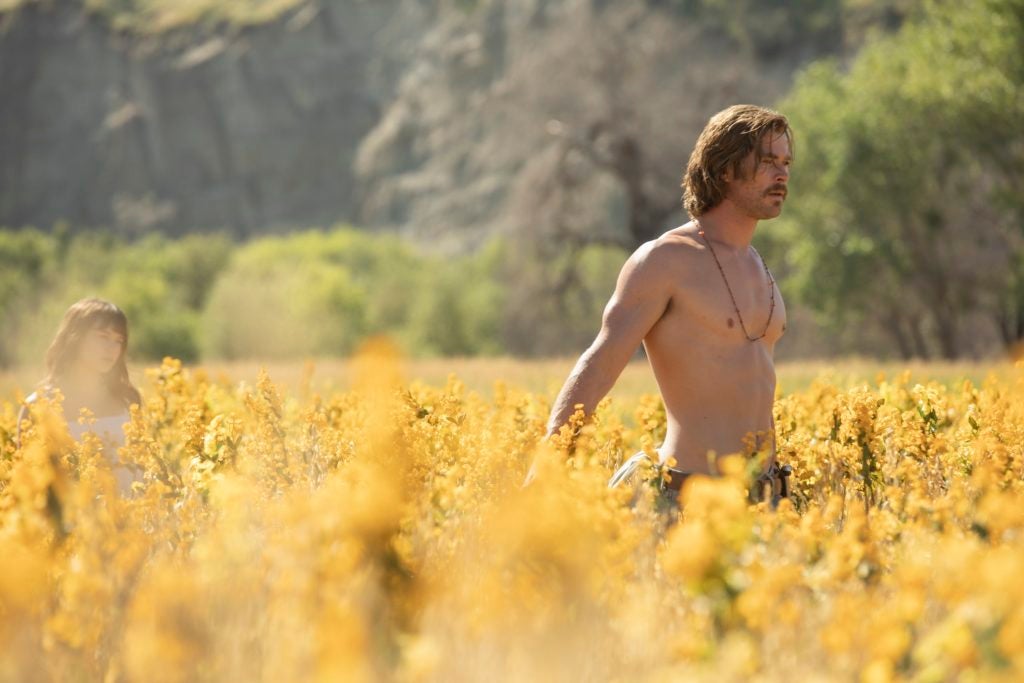 One of the most interesting challenges for costume designer Danny Glicker was dressing Chris Hemsworth’s maniacal cult leader. “The idea was to really find an outfit that expresses the kind of effortless sensuality he projects to get what he wants. The shirt he’s wearing has hand embroidery all over it and really represents the efforts of his followers – because he’s not doing the embroidery, they’re doing it.”

As, of course, is his character. “I didn’t think I’d have that much fun,” laughs Hemsworth. “I’ve spent a lot of my career playing the hero, and there are certain rules that they have to stick by, and so it becomes predictable. So to be able to be unpredictable, to keep the audience guessing, was surprisingly enjoyable.”

Strictly for 16 years old and above, “Bad Times at the El Royale” opens November 21 in cinemas nationwide from 20th Century Fox.