Being one of the most requested idols to visit the country, iKON is finally set for their very first solo concert in the Philippines! Members B.I., Bobby, Jinhwan, Ju-ne, Chanwoo, Yunhyeong, Donghyuk are bringing a grand night for all Filipino fans as they perform their hit tracks, “Return”, “Welcome Back”, and more! 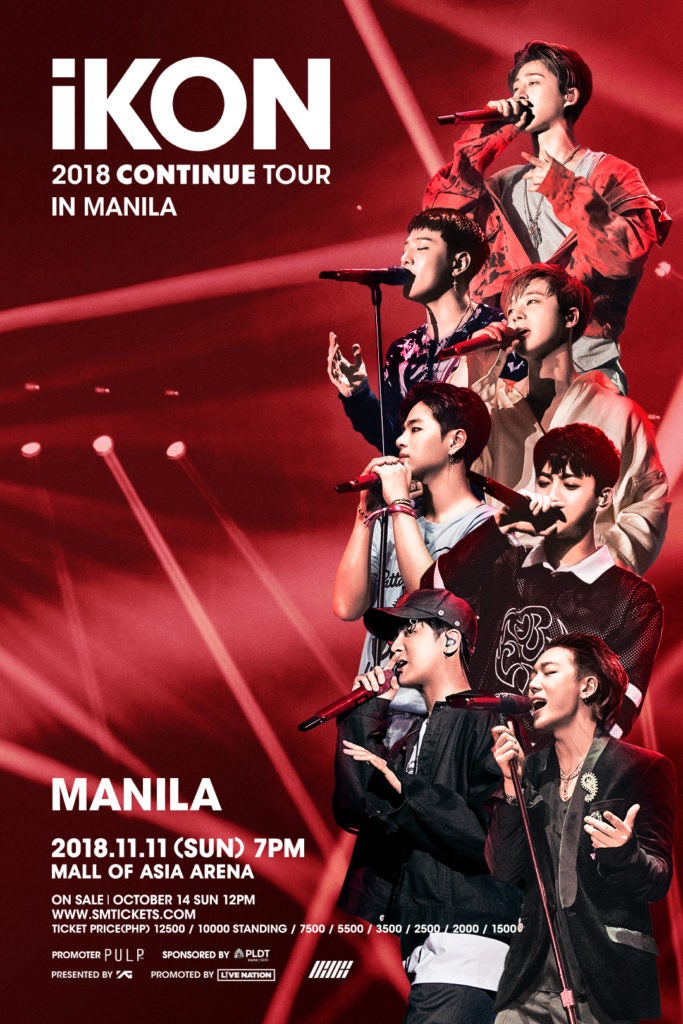 iKON was first introduced as “Team B” in a survival reality show in Korea “WIN: Who is Next” but it was in the show “Mix & Match” where they were able to determine the final members’ line-up with B.I., Bobby, Jinhwan, Ju-ne, Chanwoo, Yunhyeong, and Donghyuk. Immediately after, the seven official members debuted as iKON in 2015 with the album “Welcome Back” which topped the Gaon Album Chart and had number 1 singles like “My Type”, “Apology”, and “Dumb & Dumber”.

Best New Artist at the 2016 Japan Golden Disc Award. This was followed by an “Album of the Year” award at QQ Music Awards in the same year for their “Welcome Back” album. Having multiple awards immediately after their debut, iKON was soon recognized as “Power Rookies” in 2016. They are also the first KPop group in 8 years who has achieved the title “Rookie Grand Slam”. 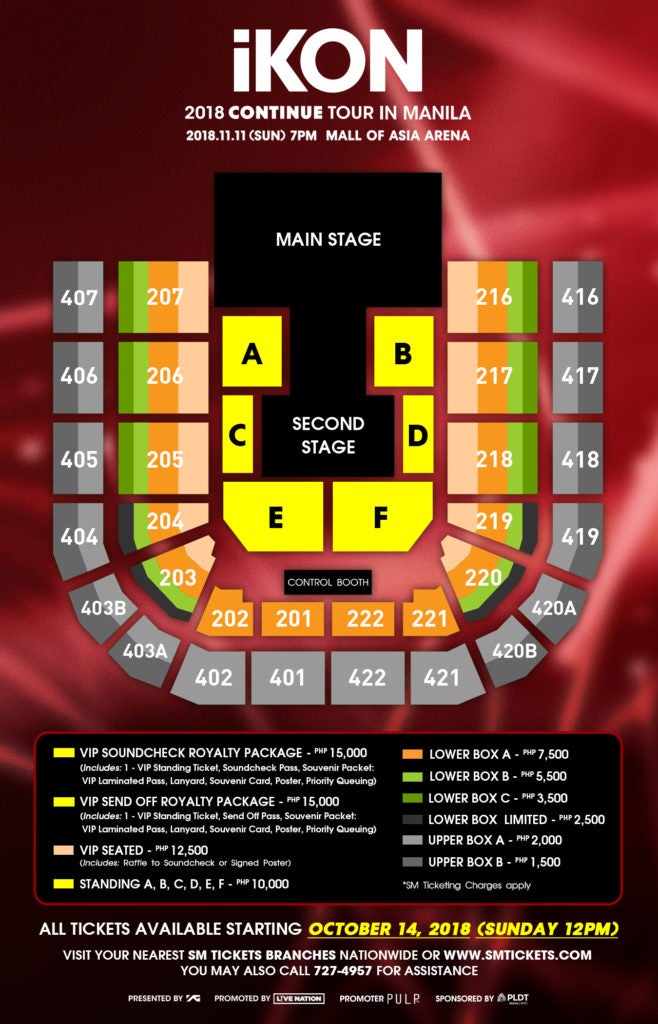 iKON has further proven their force this year with their second studio album, “Return” which was personally led by iKON’s leader B.I. together with YG Entertainment producers. Their comeback single from this album, “Love Scenario” has also successfully dominated the digital music platforms with an “all-kill” status making it number 1 on iChart, Melon, Genie, Bugs, Mnet, Naver, and Soribada Charts. It has also been topping the Billboard Korea K-Pop 100 Chart upon its release. Furthermore, the track’s music video has also remarkably surpassed the 100 million views mark on YouTube making it the first for the boy group.

With their skyrocketing success, more recently, iKON is back with a digital release of their single entitled “Rubber Band” which has also been making a tremendous buzz online. The Dance Practice Video of the track has now over 4 Million Views on YouTube four months after its release. This alternative RnB track is also co-written by B.I., Seung, Bobby, along with WINNER’s Mino proving the musicality and talent of the group.

Further details on ticketing and prices to be announced soon! 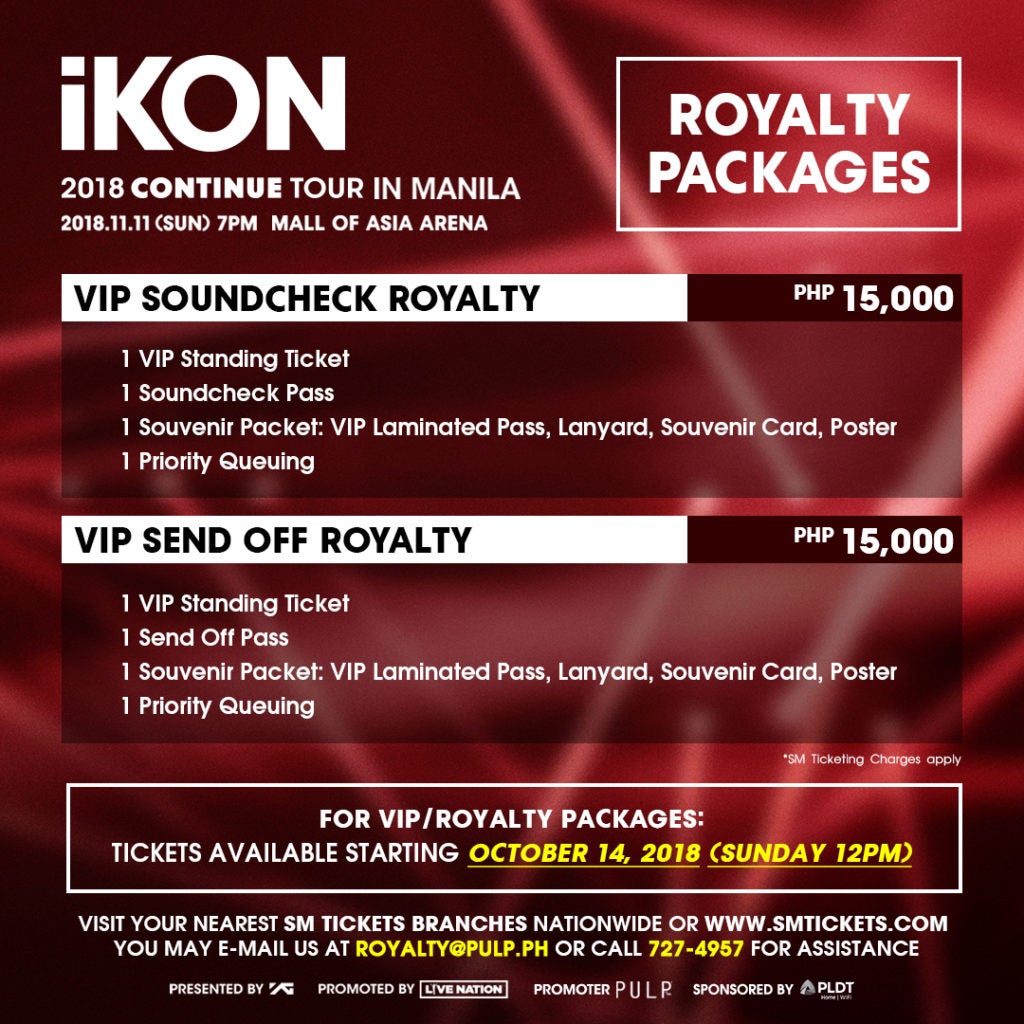