Emerging from a victorious career since their debut in 2014, the four-member ensemble Jinu, Seunghoon, Mino, and Seungyoon have proven themselves in the scene as one of KPop’s sensational boy group. From their explosive, R&B-influenced hits “Really Really”, “Everyday”, to the sophisticated sentimental “Fool”, WINNER is ready to take over on their first ever world tour with Philippines as one of their marked stops!

PULP Live World is proud to announce the remarkable news to all Filipino INNER CIRCLES: WINNER 2018 EVERYWHERE TOUR, happening this November 10, 2018, Saturday at the Mall of Asia Arena. 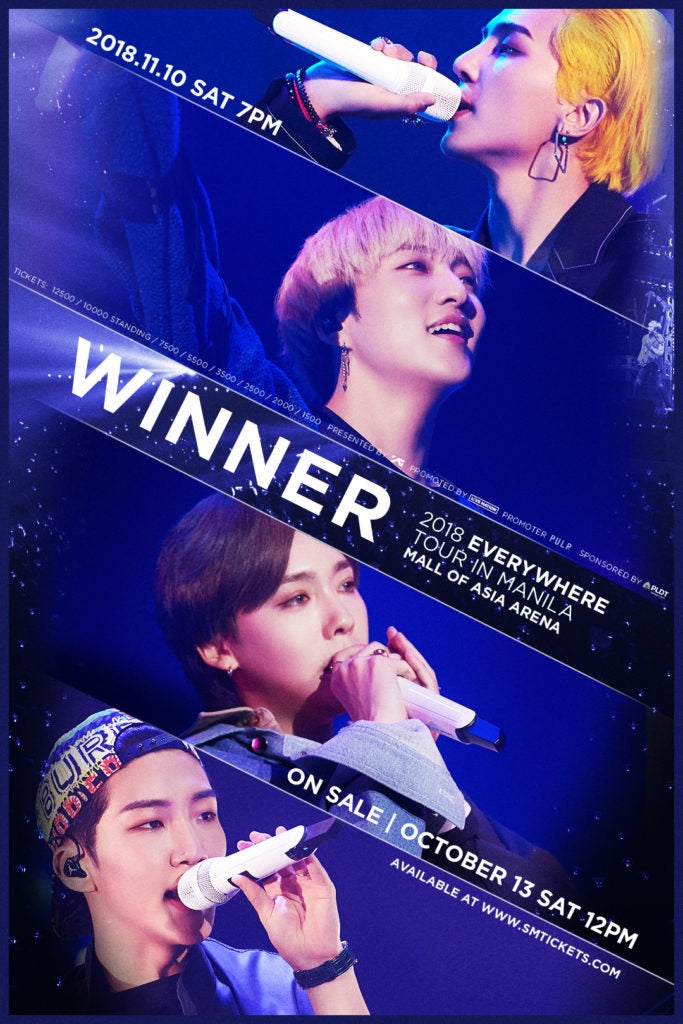 WINNER surfaced from a triumphant success from the hit survival reality show in Korea “WIN: Who is Next?” where they were first introduced as “Team A” competing against other YG Entertainment trainees for a chance to be the first boy group who will debut under the entertainment label in 8 years after BIGBANG. The group took home the title and was given the official group name “WINNER”. Later on, they released their debut album “2014 S/S” and became the fastest male group to win on a music show by taking first place on M! Countdown exactly 10 days after their debut.

WINNER’s success didn’t stop there. Their debut album topped the Billboard World Album Chart, proving that the group has been receiving attention around the globe. Award giving bodies didn’t fail to notice the group’s efforts as they have also been recognized as 2014 Best New Artist at MNet Asian Music Awards and 2015 New Artist of the Year at Gaon Chart Music Awards. They are also recognized as the Rookie Artist of the Year at 2015 Golden Disc Award. 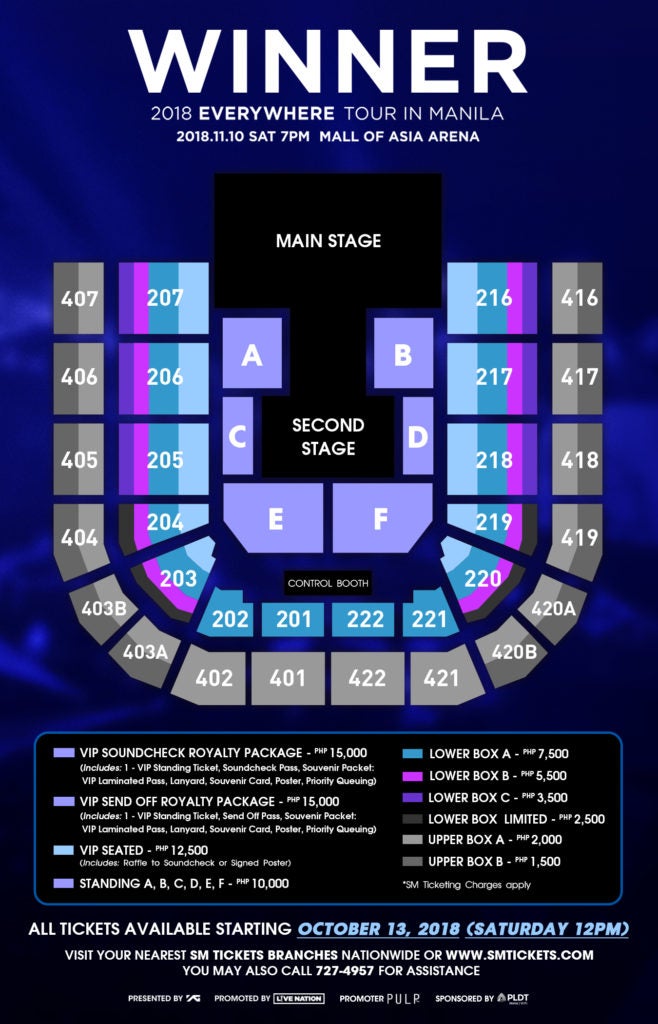 In 2017, WINNER released their “Fate Number For” single album with hit tracks “Really Really” and “Fool” which both topped the 7 major music charts in Korea. The album also debuted at #3 in Worldwide iTunes Chart and #1 on iTunes Chart in 24 countries. Recently, WINNER is back with their second studio album entitled “EVERYD4Y” and like their previous albums, the group members are credited for writing the lyrics and composing majority of the tracks further proving their musicality and their hands-on treatment in everything that they produce. Upon its release, the hit single from this album, “Everyday” has successfully garnered top spots on 3 major music shows in Korea – M Countdown, Show Music Core, and SBS Inkigayo.

Indeed, nothing can stop WINNER as they continue to rise and flex across the hearts of many. INNER CIRCLES, this is your moment to wave Manila with your Nebula Blue Ocean. WINNER 2018 EVERYWHERE TOUR in Manila happens on November 10, 2018, Saturday at the Mall of Asia Arena. Show starts promptly at 7PM. This show is powered by YG Entertainment, Live Nation, PLDT Home Wifi, and PULP Live World.

Further details on ticketing and prices to be announced soon! 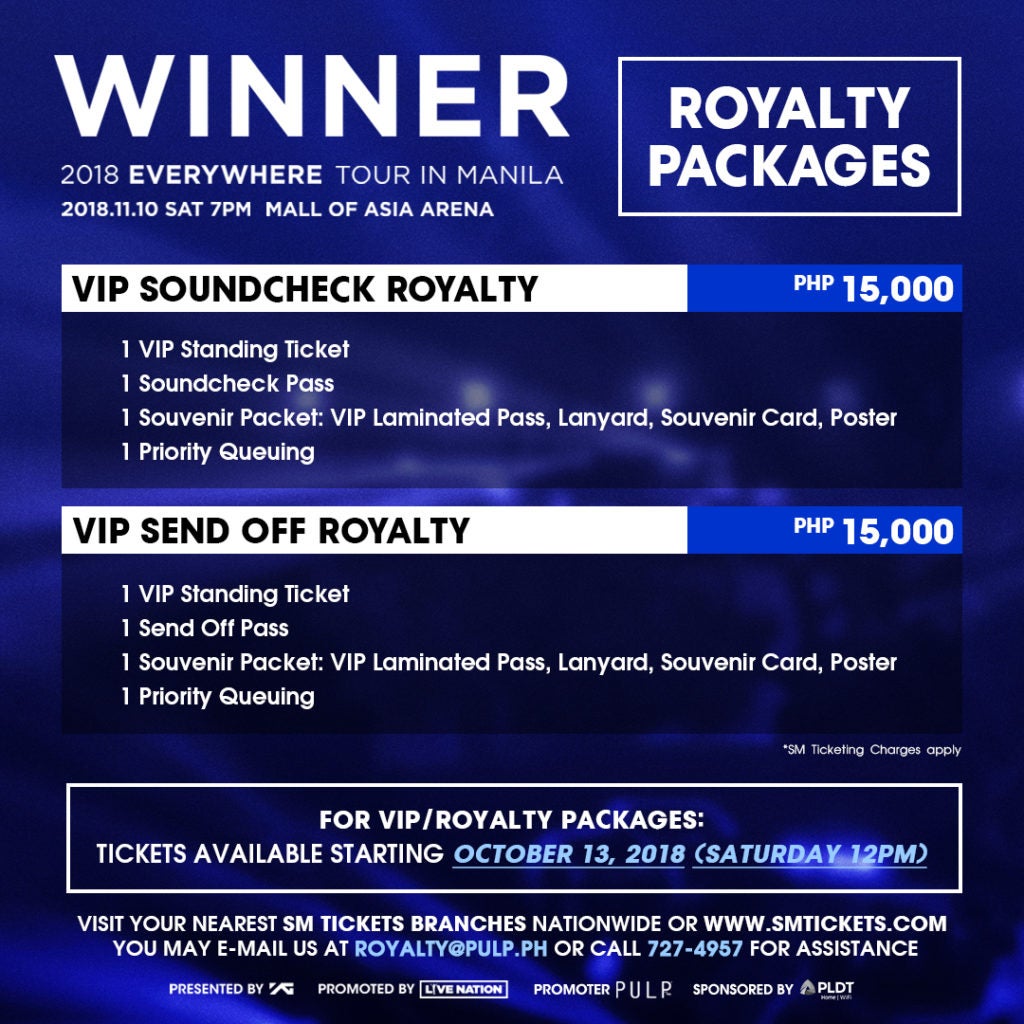