Got questions? Google it.

In this day and age, it’s so much easier to get instant answers to our questions. Whether it’s just about the “best ramen place in Manila” or simply knowing how to greet somebody a “happy birthday” in Korean, we always turn to our internet bestie, Google.

More than just providing us sufficient information at the tip of our fingertips, Google is also responsible for reshaping the internet and our lives.

It was in 1997 when Google founders Larry Page and Sergey Brin first registered the google.com domain; however, it was only in the following year when the two decided to incorporate Google, the company. On September 4, 1998, Google was officially established in the Menlo Park garage of their friend Susan Wojcicki, who was their first marketing manager and eventually became the CEO of YouTube.

From that day forward, Google, (now a unit of holding parent company Alphabet Inc.,) has established its mega-successful search algorithm — which was initially called “Backrub” — to introduce a whole slate of powerhouse internet tools and platforms: from its Chrome web browser to its Drive file storage and synchronization service to its Android operating system for smartphones. Aside from that, it is also safe to say that the acquisition of YouTube in 2006 (just a year after it was launched), is definitely another win for Google.

However, Google’s journey isn’t always smooth sailing. Despite the massive growth, there were also unforeseen problems that really made an impact on us and it is the role the company has played in truth distortion online.

According to Vox, a 2015 study showed that the said role is part of a broader phenomenon on which researchers referred to as SEME — the “search engine manipulation effect”. But given that the word “google” is synonymous with “looking things up on the internet,” Google’s SEME is more impactful than most. It was also mentioned in the 2015 study that Google search results had the potential to manipulate the 2016 US presidential election. It could not only shift the election results by as many as 2.6 million votes, but it could “shift the voting preferences of undecided voters by 20% or more.”

After all these issues, Google has continued to grow and used its power to innovate. As it marks its 20th birthday, we listed down some of the weird Google searches… so far:

1. When hooman gets a new doggo, do they cry or get jealous? 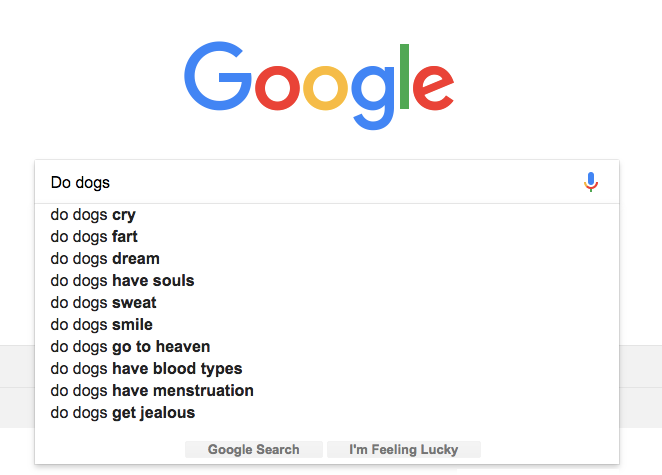 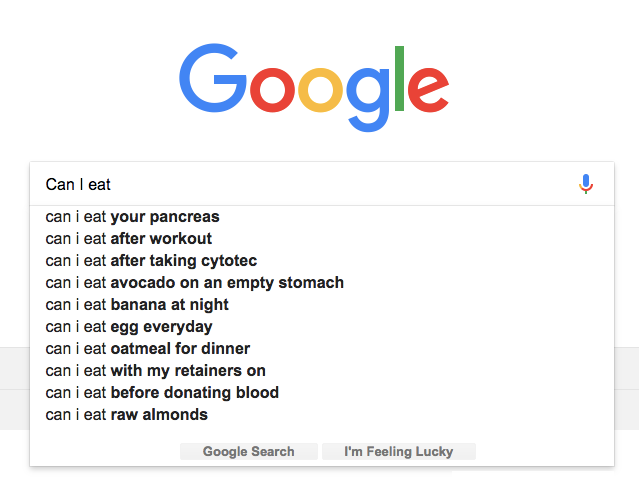 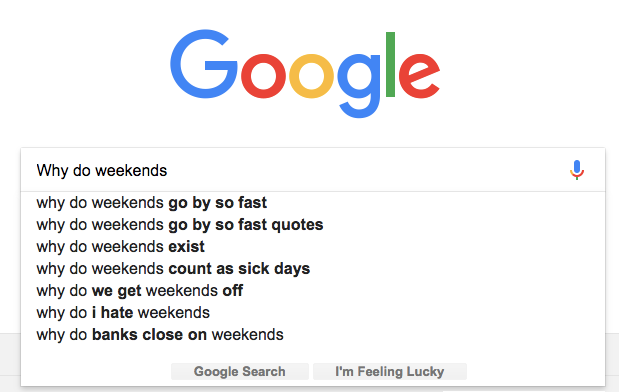 5.  There may be a reason why roaches and humans coexist… 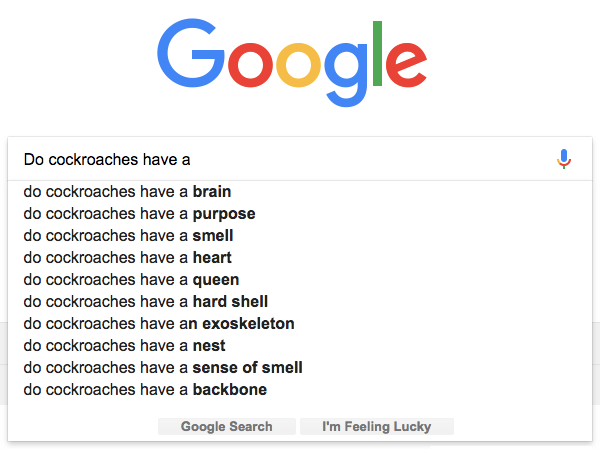 6. Penguins will always be cute, y’know? 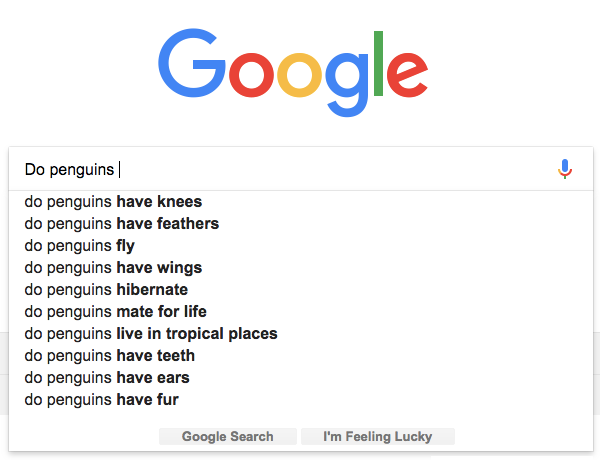 7. Would it be easier for women? 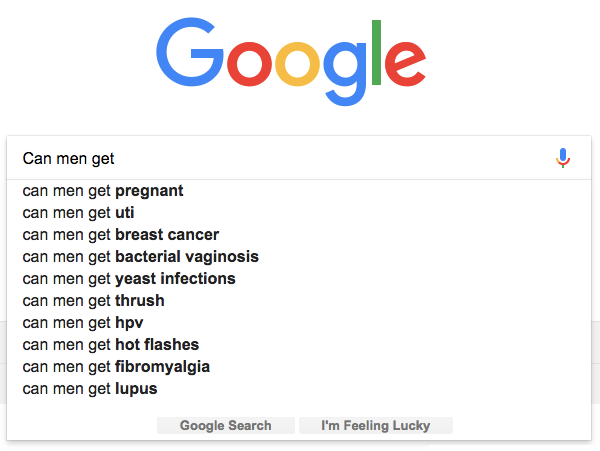 8. We almost artichoked reading this. 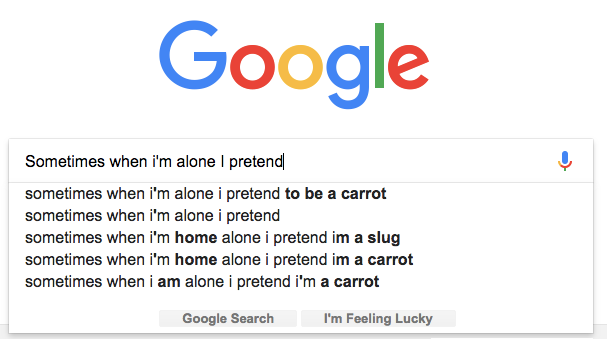 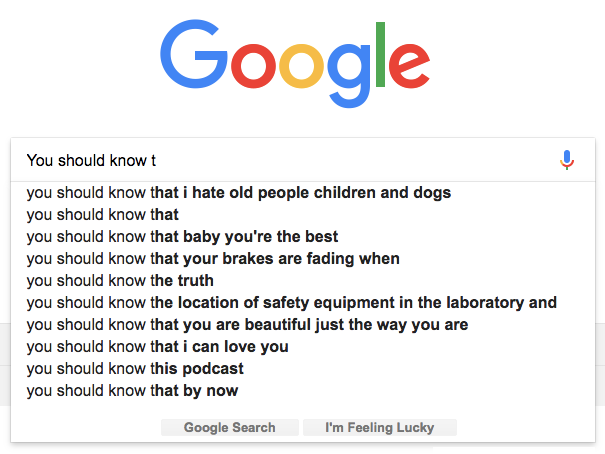 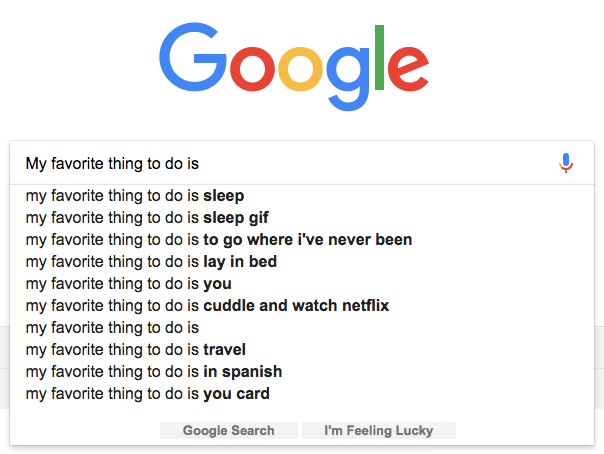 It’s true that Google has always been a part of our daily routine; this results in how we use the internet and the kind of life we project online.  While this generation relies mostly on Google Searches, it is also worth noting that there are some questions Google just can’t provide answers for.