If you are a true-blue fan of Hayao Miyazaki’s films, then you are already familiar with this guy’s themes and styles: magic realism, essence of humanity and of course, visually-stunning animations.

And when we talk about cutesy animations, how could anyone forget about Ponyo — one of most iconic characters in Ghibli history?

The 2008 animated film “Ponyo on the Cliff by the Sea” features the friendship between a five-year-old boy, Sosuke and Ponyo, a goldfish princess who longs to be human.

While the animated film is purely fictionalized, there is a type of fish that looks exactly the same as Ponyo! A tweet by The Otaru Aquarium in Hokkaido, Japan resurfaced after followers had noticed this little fish’s uncanny resemblance to the cute character.

The fish featured in the video is called a Lumpfish or Lumpsuckers and they are found mostly in the cold waters of the Arctic, North Atlantic and North Pacific Oceans. They belong to the family Cyclopteridae, which consists of almost 30 known species like the Smooth Lumpsuckers (Aptocyclus ventricosus) and Pacific Spiny Lumpsuckers (Eumicrotremus orbis).

They belong to the family Cyclopteridae, which consists of almost 30 known species like the Smooth Lumpsuckers (Aptocyclus ventricosus) and Pacific Spiny Lumpsuckers (Eumicrotremus orbis).

Another interesting fact about these “Ponyos” is that they also come in various sizes: the Pacific Spiny Lumpsucker, on average, grows to around 2.5 cm long and then there’s Cyclopterus lumpus that can stretch to around 35 to 55 cm long in females and up to 40 cm long in males. 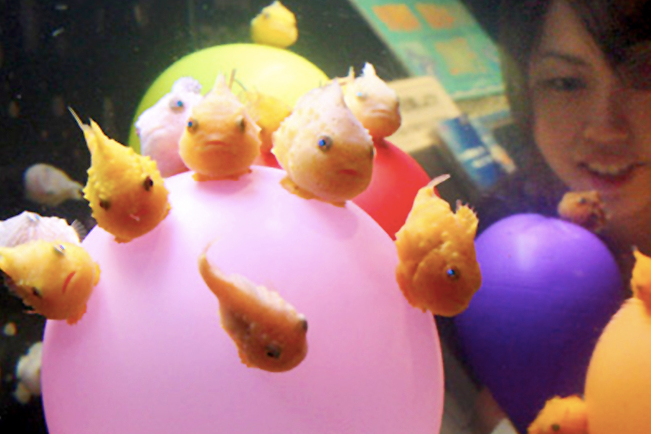 A Lumpsucker is a chubby, almost-spherical fish with modified pelvic fins that have evolved into adhesive discs on their undersides.

So lumps with suckers, literally. 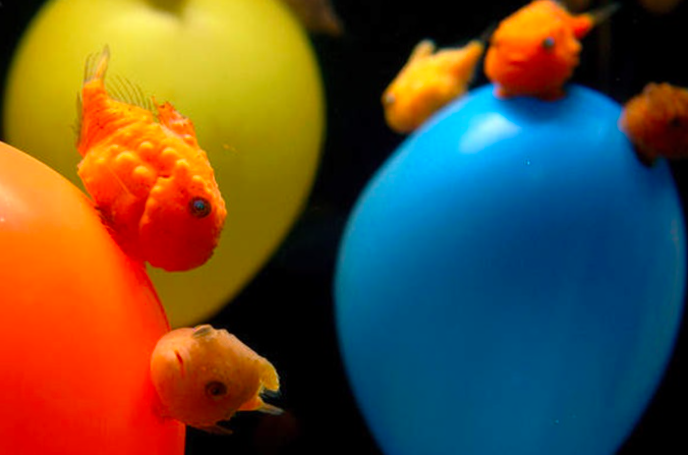 As a form of defense mechanism, Lumpsuckers use their amazing adhesive fins to stick on any surfaces underwater. 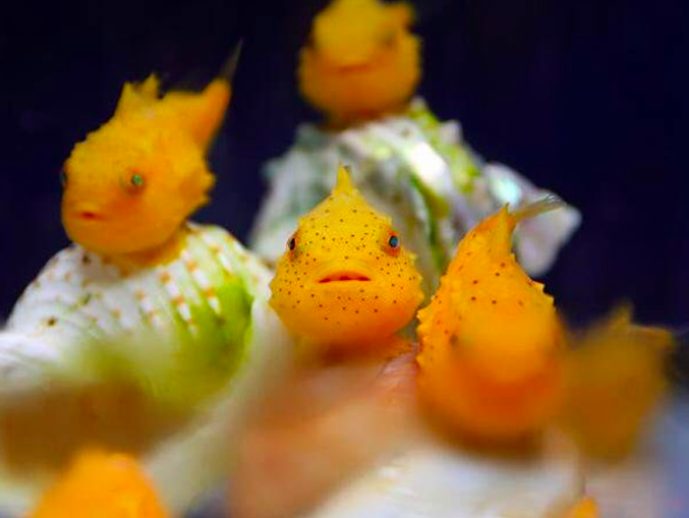 However, they are not the best swimmers in the ocean. Because of their round bodies and tiny fins, they find it hard to swim around especially when being attacked by predators.

Since they can only be found mostly at the bottom of the sea — around 90 to 150 meters below sea level — it cannot be easily found in an aquarium.

Nevertheless, Lumpsuckers are undeniably cute! And more than just looking like Princess Ponyo, this little creature is just one of the many reasons why the aquatic life is beyond amazing.

So never ever take the sea for granted.

LOOK: These Studio Ghibli blueprints are as superb as the animation