Happy Birthday, Sabrina! Blow out the candles and make a witch.

Netflix has released the scary good teaser for the highly anticipated Chilling Adventures of Sabrina, starring Kiernan Shipka as Sabrina Spellman. It shows glimpses of the frightening new world of Sabrina, from the same producers of Riverdale. In this sneak peek, you see Sabrina and other key characters celebrating her 16th birthday — all while an eerie rendition of “Happy Birthday” plays in the background. After all, it is Sabrina’s Sweet 16.

Chilling Adventures of Sabrina imagines the origin and adventures of Sabrina the Teenage Witch as a dark coming-of-age story that traffics in horror, the occult and, of course, witchcraft. Tonally in the vein of Rosemary’s Baby and The Exorcist, this adaptation finds Sabrina wrestling to reconcile her dual nature — half-witch, half-mortal — while standing against the evil forces that threaten her, her family, and the daylight world humans inhabit. 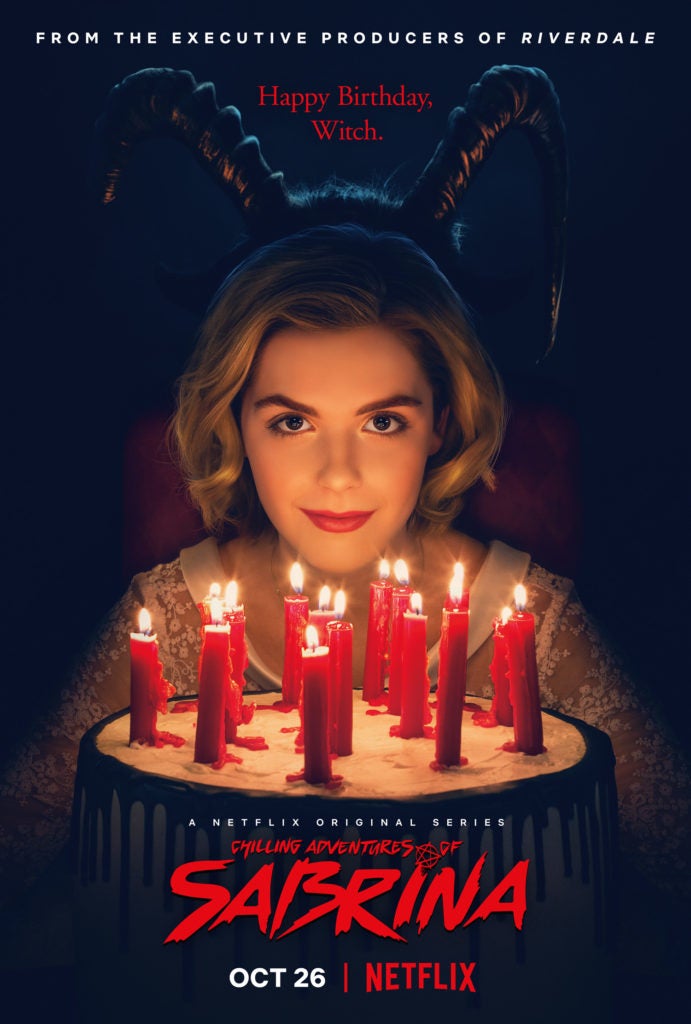 Be careful what you wish for when Chilling Adventures of Sabrina premieres October 26.

Chilling Adventures of Sabrina
Sabrina Spellman
Sabrina’s Sweet 16
shows in Netflix
What to watch in Netflix
INQPOP! Stories we think you might also like: