The hunt has evolved in the latest action-thriller “The Predator” where a young child named Rory (Jacob Tremblay, “Room”) unknowingly triggers alien technology in their basement sneaked out by his estranged father, Quinn McKenna (Boyd Holbrook) from a military mission in Mexico.

When Quinn tried to report his encounter with a mysterious alien during his mission – which he later learns is a Predator, the government dismissed his reports and was subjected to further interrogation insinuating a traumatized soldier due to a failed mission.  Confined for psychiatric evaluation by the government to keep him from revealing what he’s seen, Quinn escapes with a group of fellow former soldiers, dubbed “the loonies,” and heads out to save his son from the Predator, discovering a much greater conspiracy at work.

Known for redefining the buddy cop genre such as his work in “Lethal Weapon” that launched it as one of the most successful franchises in film history, director Shane Black (who also directed Iron Man 3) says The Predator will dig a little deeper into the mythology of these dangerous creatures, who have been adapting themselves using the genetic material of other species to be stronger, smarter and even more deadly than before.  Black also grasped the chance to expand the world of the story, adding in new details and entertaining, fresh elements. “We had to make it modern,” he explains. “I think what we’ve done is try to get a different feel, to expand upon and slightly magnify the impact that the Predators have on Earth. Instead of just limiting it to a small cast in a minor setting, we’ve allowed it to sprawl a little more.”  Black adds that the biggest homage he could pay to the original was getting the right actors that had the same kind of camaraderie that the characters in Predator had.  Boyd Holbrook stars as Quinn McKenna, a mercenary who finds himself leading a ragtag team of veterans to go up against the lethal alien. 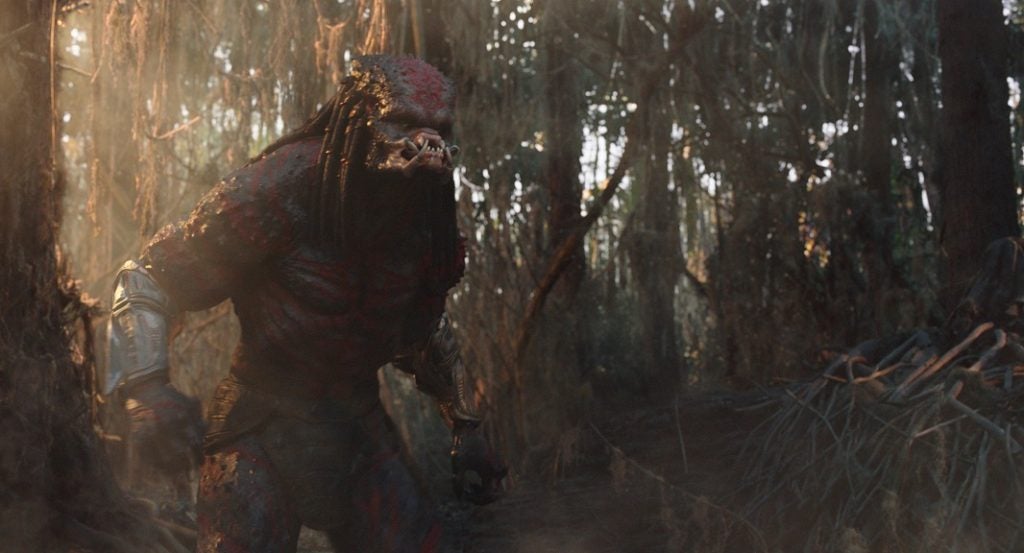 Black who is also an actor, is known for the role of Hawkins in Predator back in the 1987 classic directed by John McTiernan.  Black says the biggest homage he could pay to the original was getting the right actors that had the same kind of camaraderie that the characters in Predator had.  With Black now directing the modern-day “Predator”, the ensemble of heroes at the heart of the latest movie are affectionately known as “Loonies.” Led by McKenna, whom they met on a military prison bus, the Loonies are a group of veterans suffering from PTSD – post-traumatic stress disorder, who know each other from group therapy: Williams (Trevante Rhodes), Coyle (Keegan-Michael Key), Baxley (Thomas Jane), Lynch (Alfie Allen) and Nettles (Augusto Aguilera).  Williams says, “They are different yet so very alike.  They all long for the connection and brotherhood they once had.” 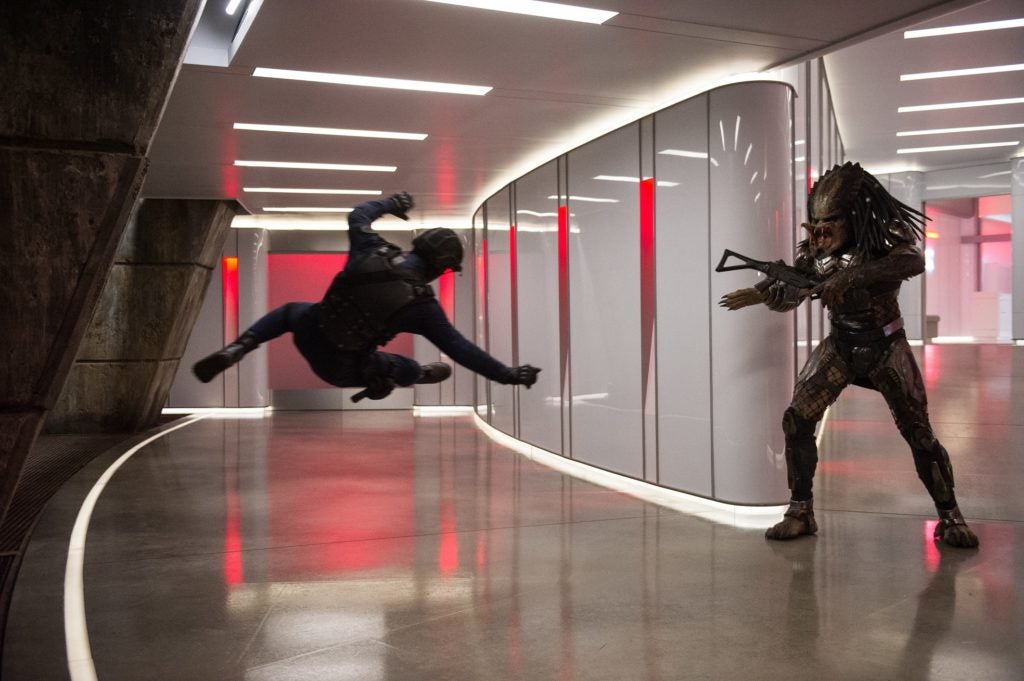 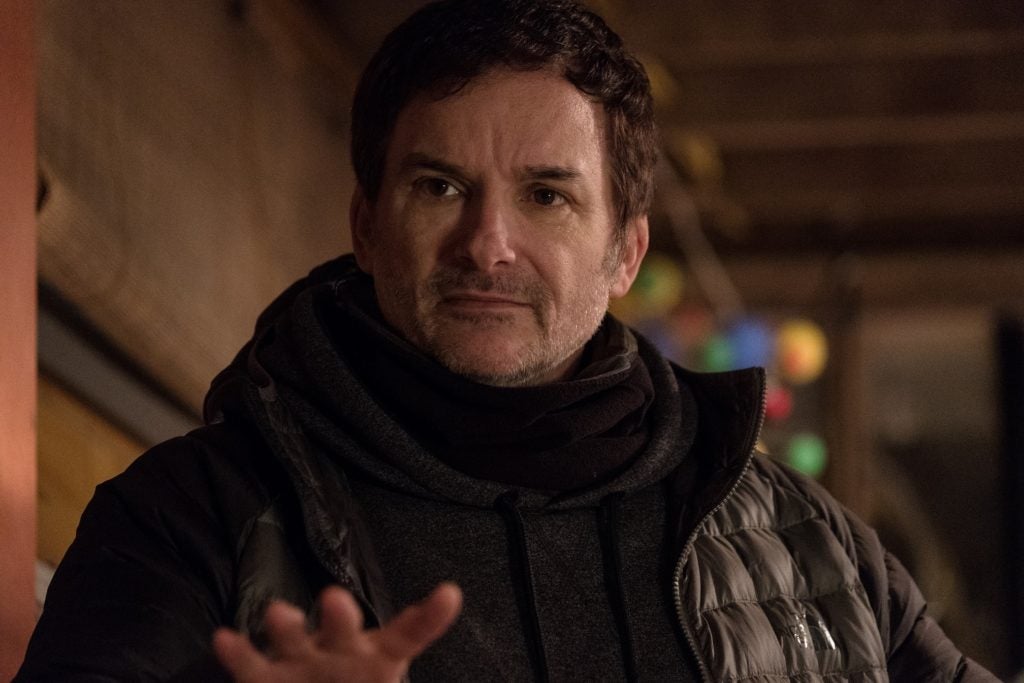 Director Shane Black on the set of “Twentieth Century Fox’s “The Predator.” 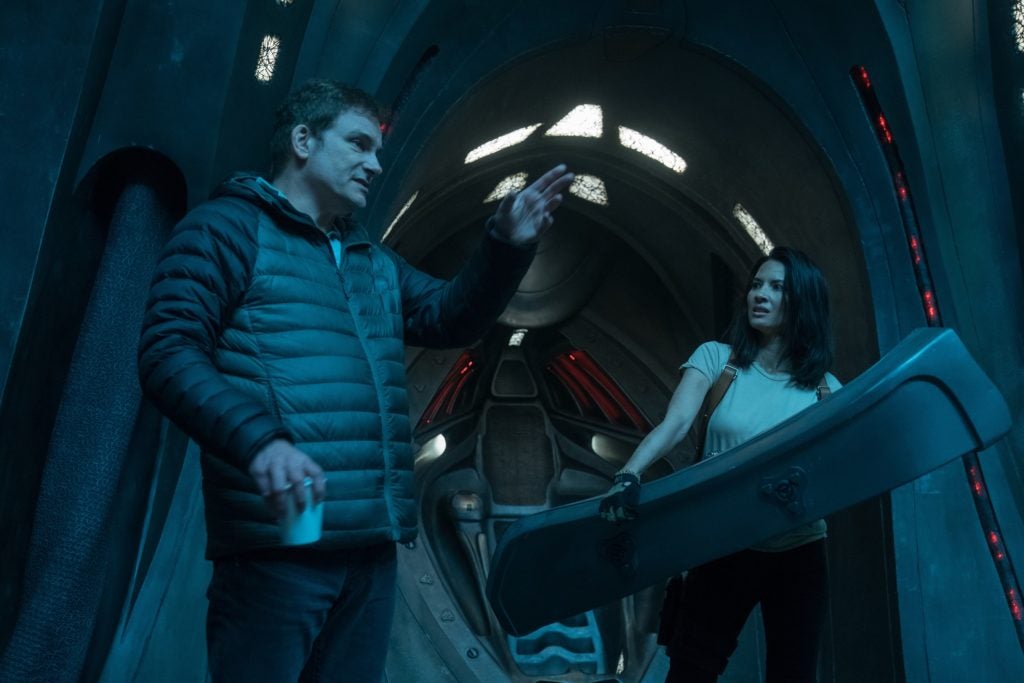 Director Shane Black and Olivia Munn on the set of “Twentieth Century Fox’s “The Predator.”

Jane says, “This crackpot group of half-cocked soldiers can’t really keep their shit together for 12 hours at a time, but when push comes to shove and the shit hits the ground, they’re there for their people, and they’ll die for them.  And there’s something very human about that.”