Man leaves dog out in the rain, tells netizen to leave it be because it’s his grandchild’s ‘toy’

Every responsible dog owner abides by this ONE simple rule — that dogs should be treated with the same love and respect as any other creature in their care.

In this instance, a dog owner failed to follow the cardinal rule in pet ownership as he subjected his dog to the cold and rain in the recent onslaught of tropical storm Karding and the southwest monsoon. Here are the photos to prove it:

The netizen who uploaded the photos said that he heard the dog whimper from the cold. And when he confronted the owner, he was told to let the dog be. Then, the netizen asked if he could adopt the dog instead. The owner refused his offer since the dog was his grandchild’s “toy” or “plaything.”

Since the photos were posted on Facebook last August 13, a number of people expressed their disgust over the dog owner’s lack of concern and love for the canine.

Some users even notified the Philippine Animal Welfare Society (PAWS) about the situation.

At the moment, there hasn’t been any update on this story. But we sincerely hope that this dog gets the proper treatment after being exposed so long outside. 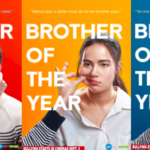 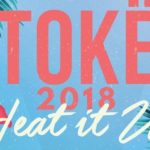 Summer’s over, but we’re just getting started