Dogs are one of the most loyal and loving creatures on earth. They love their humans to the point that they willingly sacrifice themselves for them. Yet everyday, we see stories of dogs getting abused, maltreated, and abandoned when all they deserve is the same love they give unconditionally.

Recently, over 30 dogs died from heat stroke and dehydration after being transported in a closed van to a dog show in Marikina.

According to a viral Facebook post, an exhibitor transported around 40 dogs in a closed van and later on discovered that some of the dogs were severely dehydrated, unconscious, and even dead due to heat stroke. The dogs were rushed to the nearest vet immediately after they arrived at the venue, but more than half of them died the following day.

A disturbing video shared by Penny Cham on Facebook shows people trying to revive some of the dogs, but it was obviously too late for some of them.

Philippine Canine Club, Inc. (PCCI), the organization that regulates the registration of purebred dogs in the country and permitted the said dog show, released a statement condemning the tragic incident.

According to PCCI, the Board of Directors decided to suspend the exhibitor and will conduct further investigation into the tragic incident.

As any pet parent would know, it’s satisfying to see your pet excel and have other people recognize their talents. It’s true that sometimes we feel so damn proud of our pets that we want to show them off to the world. But there is a thin line between wanting to show off your pet and using them for your own purposes. Animals don’t care for the prizes and awards they get at talent shows; they have no need for those things. Seeing you happy is all that matters for them. Your love and care would make them feel like the biggest winner. 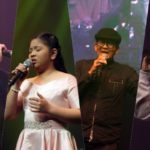 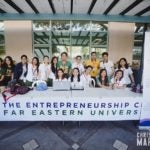