As a result of India’s problem with social media and selfie obsession, onlookers of a road accident morbidly took selfies with the victims, as reported by ABC News.

The victims were three factory laborers who were severely injured after a school bus hit them while riding their bikes in Rajasthan. Onlookers did not attempt to offer any first aid help or take them to the hospital, local police said.

In a footage supplied by ABC, onlookers are seen standing in a semicircle while the victims lay in their blood.

According to a study published in International Journal of Mental Health and Addiction this year, India ranks as the number one country to have the highest number of selfie-related accidents and deaths.

Just a few months before this accident, the police in India were also criticized for refusing to take two traffic accident victims to the hospital because the police didn’t want to stain their car with blood.

“It will stain our car,” said a police officer in a recorded video.

“Your car can be washed,” said another voice, to which the police said, “When the car goes for a wash, where will we sit all night?”

The two victims died at the scene. InqPOP!/Bea Constantino

Apparently, a population of monkeys in Panama just entered the Stone Age

GEM’s ‘THE MUSIC DAY Songs For You’ kicks off in Hong Kong with Hey! Say! JUMP 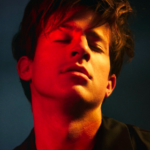 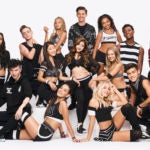