Last June 30, supporters of the LGBTQIA+ community assembled at the Marikina Sports Center to celebrate the 24th Metro Manila Pride March entitled “Rise Up Together.”

People of all ages, sexual orientations, and social statuses gathered together for a day of joy and acceptance. But one creature stood out from the crowd that day — a Pomeranian dog wearing the Pride flag ‍🌈

In this video posted by Hermie Monterde, the dog can be seen walking alongside his owner during the event.

According to Monterde, attendees were “so happy to see the doggo” and that “they were enchanted by the dog’s cuteness.”

Since the video has been uploaded to the Facebook group Who’s Your Pupper, Senpai? It’s gotten over 9,000 views and around 152 reactions from online users.

Though this may be the only online video we see of “rainbow doggo,” we hope this won’t be the last time we see him and his owner during the Pride March celebrations. More power to you, rainbow doggo! ✊🌈 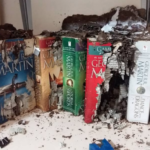 A bookworm’s nightmare: This girl lost most of her books because of termites 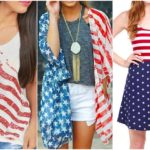 LOOK: 10 items that’ll get you excited for the Fourth of July holiday